Family and friends paid tribute to cricket player Phillip Hughes at his funeral in Australia.

Phillip Hughes, 25, died on November 27 after being hit by a ball during a match in Sydney.

His death stunned Australia and the funeral was broadcast live to millions of people on national television and on big screens in major cities. 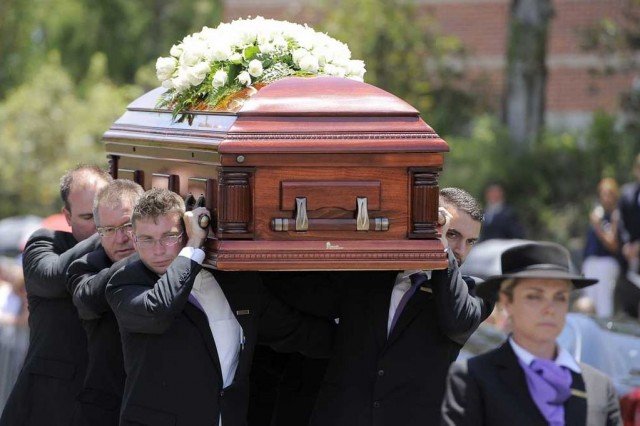 The service was also shown at the Sydney Cricket Ground, where Hughes suffered the injury during a state match on November 25. He died two days later.

Around 1,000 people attended the funeral at Macksville High School, which Phillip Hughes attended, as thousands more watched on screens in the baking heat outside.

Joining the parents of Phillip Hughes, Greg and Virginia, and his siblings, Jason and Megan, were Australia cricket captain Michael Clarke and Sean Abbott, the bowler whose delivery caused the fatal injury to Hughes.

They were joined by Australian PM Tony Abbott and cricketing legends from around the world, including former New Zealand all-rounder Sir Richard Hadlee and West Indies batsman Brian Lara.

Phillip Hughes, who would have been 26 on November 30, was in line for a possible recall to the Australia Test side for the forthcoming series against India – which was rescheduled following his death.