Cleveland police shot dead a 12-year-old boy after carrying what turned out to be a replica gun in a playground.

The medical examiner for Cuyahoga County identified the boy as Tamir Rice.

Police say an officer fired two shots at Tamir Rice after he failed to obey an order to raise his hands.

A caller reported the boy to police for scaring people with a gun but said that he did not know if it was real.

One of the officers was in his first year on the local force, the other had more than 10 years of experience.

Tamir Rice was shot on Saturday afternoon and died in hospital early on Sunday morning. 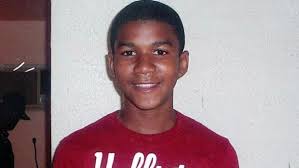 Cleveland deputy police chief Ed Tomba said Tamir Rice was shot twice after pulling the gun from the waistband of his trousers.

The boy did not make any verbal threats nor point the gun towards the officers, Ed Tomba added.

Police said the weapon was an “airsoft” replica gun that resembled a semi-automatic pistol, adding that an orange safety indicator had been removed.

The caller said the boy was pulling the gun in and out of his trousers.

“I don’t know if it’s real or not,” the caller told police.

Jeff Follmer, president of the Cleveland police association, said the two officers at the scene were not told about the caller’s comments.

An investigation is under way and both officers have been placed on administrative leave.

He says there have already been calls for tighter controls on fake guns, with one local lawmaker – Alicia Reece – saying she intends to introduce legislation that would require fake guns sold in Ohio to be brightly colored.

Cleveland’s police force has come under increased scrutiny in recent years, most notably over a high-profile car chase in 2012 that ended with two deaths and officers firing 137 shots.

The US Justice Department is currently conducting an investigation of the force’s pursuit and use-of-force practices.