Home World Europe News Vatican raffles off gifts given to Pope Francis to raise money for...

The Vatican is raffling off the gifts given to Pope Francis in order to raise money for the poor.

A Homero Ortega hat, a new four-wheel-drive Fiat Panda, bicycles, an espresso coffee machine, watches are among the objects to be raffled off.

A poster recently went up around the Vatican announcing the raffle of 13 objects as well as more than 30 unspecified “consolation prizes”. 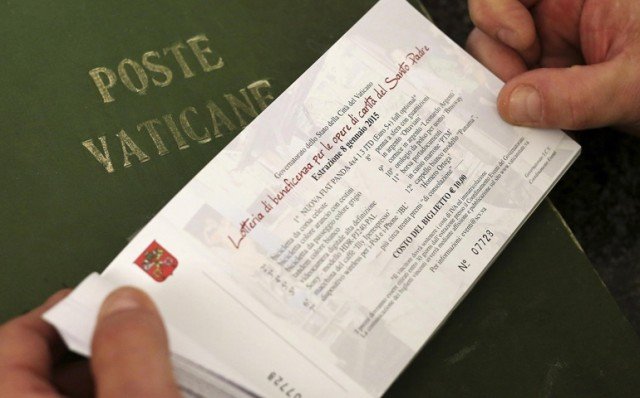 In the past, most gifts given to popes have either been quietly given away to missions, church institutions, or have gathered dust in a Vatican warehouse.

Pope Francis has made concern for the poor one of the hallmarks of his papacy. He recently ordered shower stalls to be built around the Vatican so that homeless people in the area could wash up.

Tickets for the raffle cost 10 euros ($12.50) and could be purchased from the Vatican post office.

The raffle winners will be announced on January 8, 2015.