More than 46 million US residents will travel at least 50 miles away from home over the upcoming Thanksgiving holiday weekend, the American Automobile Association (AAA) is predicting.

The figure is a 4.3% increase over 2013 travel in the Thanksgiving period, which is defined as the Wednesday through Sunday surrounding the holiday.

According to AAA, the anticipated travel for 2014 would be the highest number of Thanksgiving travelers since 2007 if the prediction is accurate.

“This year, more Americans will give thanks for the opportunity to travel to friends and family than any year since 2007,” AAA Chief Operating Officer Marshall Doney said in a statement.

“Americans are more optimistic about the future as improvements in several key economic factors, including employment, GDP and disposable income, are boosting consumer confidence and the desire to travel,” he continued. 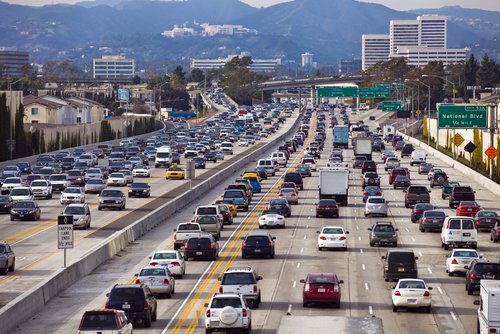 Marshall Doney attributed part of the predicted increase in Thanksgiving travel to lower gas prices, the auto club has said are under $3-per-gallon on average across the country for the first time in several years.

“Holiday joy has come early this year with Americans likely to pay the lowest Thanksgiving gas prices since 2009,” he said.

“Lower prices are increasing disposable income and enabling families to carve out more money from household budgets for travel this Thanksgiving.”

AAA predicted that 41.3 million of the anticipated Thanksgiving travelers will be driving to their holiday destinations, up 4.3 percent from last year.  The association said the average gas price that will paid by Thanksgiving drivers this year will be $2.85-per-gallon.

The auto club estimates that another 3.55 million travelers will take trips by airplane for their Thanksgiving respite.

Airfares are predicted to be 1% higher than last year, and hotel prices are estimated to have risen about 8%.