According to a recent survey by anti-slavery campaign group Walk Free, nearly 36 million people worldwide, or 0.5% of the world’s population, live as slaves.

The Walk Free Foundation’s Global Slavery Index says India has the most slaves overall and Mauritania has the highest percentage.

The total is 20% higher than for 2013 because of better methodology.

It uses slavery in a modern sense of the term, rather than as a reference to the broadly outlawed traditional practice where people were held in bondage and treated as another person’s property.

The Global Slavery Index’s estimate is higher than other attempts to quantify modern slavery.

In 2012, the International Labor Organization estimated that almost 21 million people were victims of forced labor. 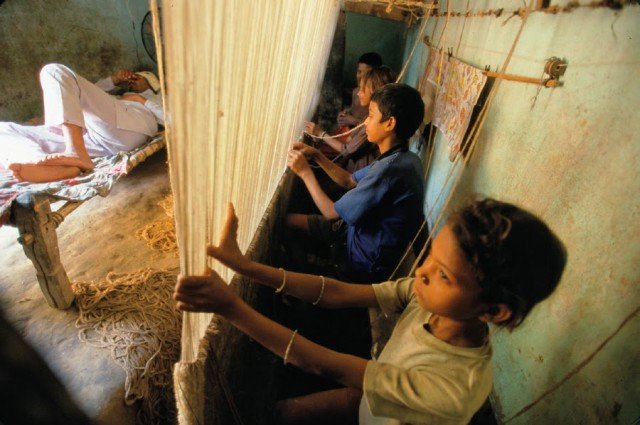 Walk Free says it found evidence of slavery in all 167 countries it surveyed.

The report says Africa and Asia face the biggest challenges in eradicating slavery, while the practice is least prevalent in Europe.

According to the report, more than 14 million people live as slaves in India. Next in the index comes China, with more than 3 million slaves, followed by Pakistan, Uzbekistan.

Russia is ranked fifth. The country’s economy is said to rely on enslaved migrant workers in the construction and agricultural sectors.

Mauritania meanwhile has the highest number of slaves as a proportion of the population, at 4%. Many people in the African country inherit their slave status from their ancestors.

The report calls for much wider international cooperation on slavery. It wants governments to increase penalties for trafficking and to put pressure on businesses to clamp down on the use of slaves in their supply chains.

The Global Slavery Index was first published in 2013. The rise in the overall figure from 2013 was attributed by the report’s authors to better data and methodology, rather than to an exponential rise in the numbers enslaved.

Top 5 countries with the highest proportion of slaves: