President Ronald Reagan’s apology to PM Margaret Thatcher over the US invasion of Grenada has been published for the first time.

“We regret very much the embarrassment that’s been caused to you,” Ronald Reagan said during a phone call.

Margaret Thatcher was angered that she was not consulted before the Americans invaded a Commonwealth state.

US troops were sent to Grenada in 1983 to topple the Caribbean island’s Marxist regime.

While US forces were still in action, President Ronald Reagan phoned Margaret Thatcher to explain the action he had taken.

“If I were there, Margaret,” he said.

“I’d throw my hat in the door before I came in.”

The saying refers to a Civil War-era practice in which a visitor might throw his hat in to a room before entering – if he was unwelcome, it might be thrown out again or even shot at.

“There’s no need for that,” Margaret Thatcher replied. 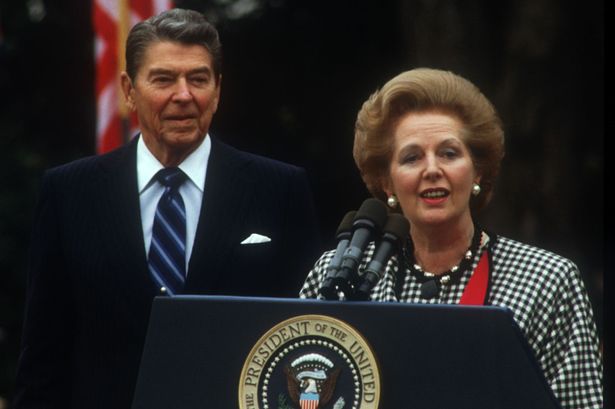 Reagan continued: “We regret very much the embarrassment that’s been caused to you, and I would like to tell you what the story is from our end.”

He explained that military commanders only had “a matter of hours” to mobilize the troops and that he was prevented from discussing it with her sooner because of security fears.

“We were greatly concerned because of a problem here – and not at your end at all – but here. We’ve had a nagging problem of a loose source, a leak,” he told her.

Margaret Thatcher went on to suggest she understood why he had not been more open with her, saying she had been subject to similar restrictions at the time of the Falklands invasion.

“The action [in Grenada] is under way now and we just hope it will be successful. There is a lot of work to do yet, Ron,” she said.

Margaret Thatcher and Ronald Reagan discussed the situation in Grenada further before she ended the call by saying she had to return to a “tricky” debate in the House of Commons.

Ronald Reagan then pitched in with some advice for her: “All right. Go get ’em, eat ’em alive.”

A box of 20 tapes was released to the public in October at the Reagan Library in Los Angeles, following several Freedom of Information Act requests.

US author William Doyle, Dan Collings – researcher for Margaret Thatcher biographer Charles Moore – and Chris Collins, the director of the Margaret Thatcher Foundation, had all been pursuing rumors of the tapes’ existence.

The release confirms that President Ronald Reagan secretly recorded his discussions in the White House situation room, a habit that was previously thought to have ended with Richard Nixon’s departure from office.

Another tape records Ronald Reagan’s condolences to Margaret Thatcher following the bombing of the Conservative Party conference in Brighton in 1984.