The body was found in a woman’s toilet, said Yonhap. It is the first body to be recovered in three months.

The Sewol ferry carrying 476 people sank in April 2014. The official death toll stands at 295, but nine bodies have yet to be recovered by rescue teams.

The captain of the ferry is standing trial, charged with negligent homicide.

Prosecutors have sought the death penalty for Lee Joon-seok and harsh penalties for the crew. 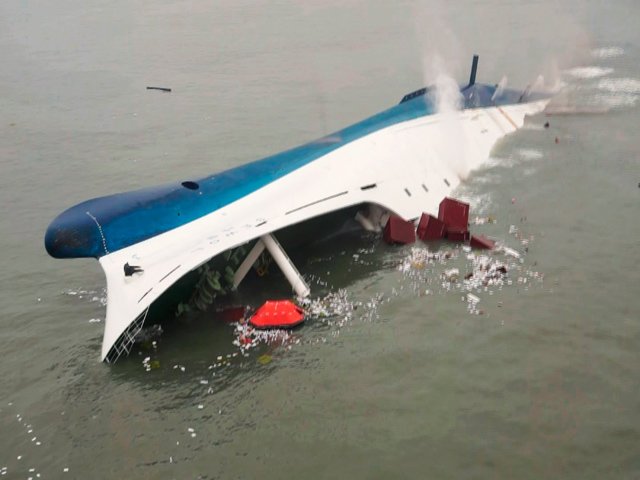 On October 27 they concluded putting their case before a court in the city of Gwangju. They argued he did not make any effort to rescue passengers and deserved a death sentence.

The last time divers found a body was on July 18 when a female cook was found in the ferry’s cafeteria.

The families of the missing passengers have refused to allow the ship to be hoisted up as they are concerned that the rest of the bodies might be swept out to sea.