The absence of the North Korean leader had prompted a flurry of speculation about his health.

Some observers said Kim Jong-un, 32, could be suffering from gout or problems in his hip joint. Others even questioned if he remained in control of the state. 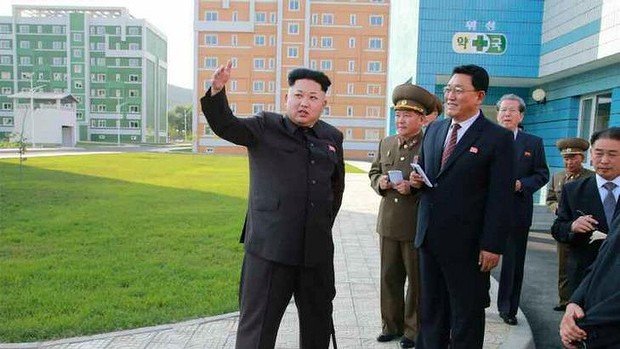 KCNA said that Kim Jong-un was briefed on the Wisong Scientists Residential District “before a map showing its bird’s-eye view” and that he then “overlooked it”.

It also said that Kim Jong-un visited the newly-built Natural Energy Institute of the State Academy of Sciences.

Although the news release was dated October 14, it did not specify on which day he made the visits.

During his absence, Kim Jong-un missed two high-profile public events – the October 10 anniversary of the establishment of the Korean Worker’s Party and the September 9 Foundation Day of the North Korean State.

Analysts said they were two days in the political calendar when the leader would be expected to make an appearance.

Kim Jong-un took office on the death of his father, Kim Jong-il, in December 2011 and was quickly named head of the party, state and army.

In 2012 he was appointed marshal – the highest military rank – following a high-level military reshuffle.

In December 2013, Kim Jong-un purged and executed his uncle, Chang Song-thaek, who state media said had been plotting a coup.