British singer Lynsey de Paul has died at the age of 64, following a suspected brain hemorrhage.

Lynsey de Paul represented the UK in the 1977 Eurovision Song Contest with the song Rock Bottom.

She became the first woman to win an Ivor Novello award for songwriting.

Lynsey de Paul, who broke into the music scene in 1971, followed up her Sugar Me hit with Getting a Drag, reaching number 18 in the UK charts.

Her 1973 hit Won’t Somebody Dance With Me won her first Ivor Novello award.

A second Ivor Novello Award followed a year later for No Honestly, which was also the theme tune to the ITV comedy of the same name, starring Pauline Collins and John Alderton. 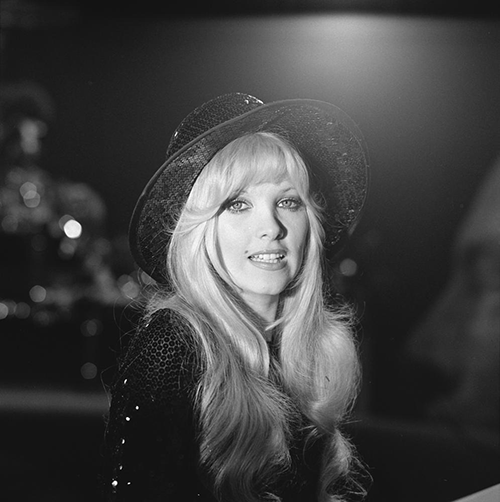 Lynsey de Paul never married but was romantically linked to a string of well-known men including Sean Connery, Dudley Moore and Ringo Starr.

An interview with the Mail in 2007 revealed she had five offers of marriage, including one from James Coburn and another from Chas Chandler, bassist with The Animals.

She reached the height of her popularity in the mid-1970s, with number one hits in Switzerland, Spain, Belgium and the Netherlands – although never the UK.

However, Lynsey de Paul popularity waned in the late 1970s although she continued to compose and perform, famously singing her own song at the Conservative Party conference in 1983.

She also starred in celebrity quiz shows such as Blankety Blank and more recently, reality shows including Cash in the Attic and Come Dine With Me.