The Maze Runner has topped the North American box-office with $32.5 million on its opening weekend.

The adult fiction adaptation beat two other debuts into second and third spot – Liam Neeson’s A Walk Among the Tombstones took $13.1 million at No 2.

This Is Where I Leave You entered at number three with $11.9 million.

The Maze Runner had a relatively low budget of $34 million.

Based on the book by James Dashner, the movie tells the story of a group of teenage boys mysteriously locked inside a giant maze. 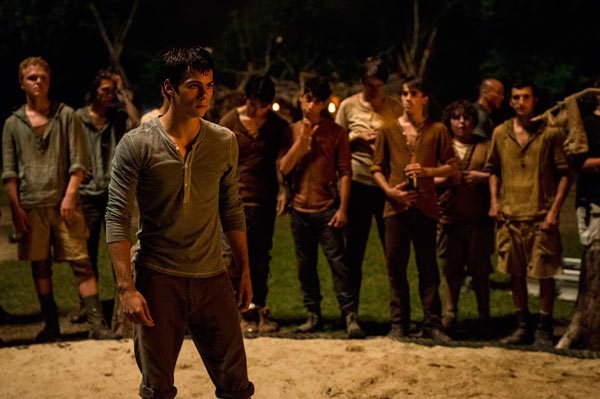 The Maze Runner has topped the North American box-office with $32.5 million on its opening weekend

“No-one had launched a young adult title in September. We took a risk, but it paid off.”

Fox also had success recently with another young adult film, The Fault in Our Stars, which took $125 million and only cost $12 million to make.

A Maze Runner sequel entitled The Maze Runner: The Scorch Trials is set to open in September 2015.