The Islamic State (ISIS) militant group may have up to 31,000 fighters in Iraq and Syria – three times as many as previously feared, the CIA announces.

A spokesman said the new estimate was based on a review of intelligence reports from May to August 2014.

ISIS has seized vast swathes of Iraq and beheaded several hostages in recent months, leading to US airstrikes.

Secretary of State John Kerry is visiting Turkey, seeking more support for action against IS.

On September 11, 10 Arab countries agreed to help the US attack the group in both Iraq and Syria.

The CIA had previously believed that ISIS had about 10,000 fighters, spokesman Ryan Trapani said.

“This new total reflects an increase in members because of stronger recruitment since June following battlefield successes and the declaration of a caliphate, greater battlefield activity, and additional intelligence,” he added.

The revision comes a day after President Barack Obama outlined a plan to “degrade and destroy” IS and to increase military support for allied forces engaged in fighting the group. 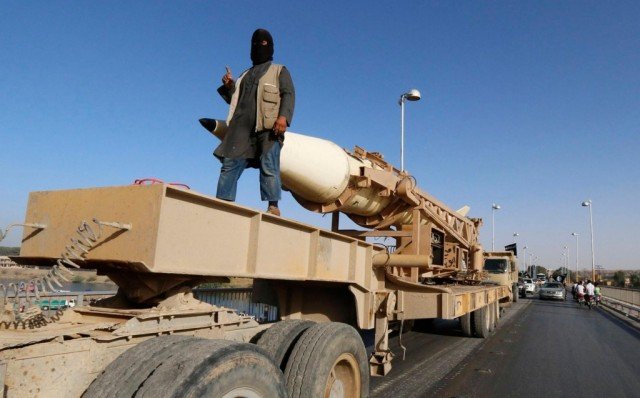 The CIA estimates that the ISIS militant group may have up to 31,000 fighters in Iraq and Syria, three times as many as previously feared

For the first time, the president authorized airstrikes against the group in Syria.

In recent months ISIS has expanded from its stronghold in eastern Syria and seized control of more towns, cities, army bases and weaponry in Iraq.

The US has already carried out more than 150 air strikes against ISIS in Iraq. It has also sent hundreds of military advisers to assist Iraqi government and Kurdish forces, but has ruled out sending ground troops.

Other countries have contributed humanitarian assistance to Iraqis displaced by the group’s advance.

John Kerry secured the cooperation of several Arab countries during a meeting in Jeddah, Saudi Arabia on Thursday.

NATO member Turkey, however, refused to sign a communiqué calling for countries to join the US in the fight against ISIS.

Analysts say this may be because the group currently holds 49 Turkish citizens, including diplomats.

John Kerry downplayed the move, saying the important US ally was dealing with some “sensitive issues”.

John Kerry is due to travel to Turkey on Friday, September 12, to try to secure more cooperation from the government.