Secretary of State John Kerry has arrived in Iraq at the start of a Middle East tour to build support for action against Islamic State (ISIS).

John Kerry is due to meet new Iraqi PM Haidar al-Abadi less than 48 hours after a unity government was agreed.

An inclusive government was a condition for greater US and NATO support in the fight against ISIS militants who have taken over large parts of the country.

President Barack Obama is due to outline his plans to combat ISIS later. 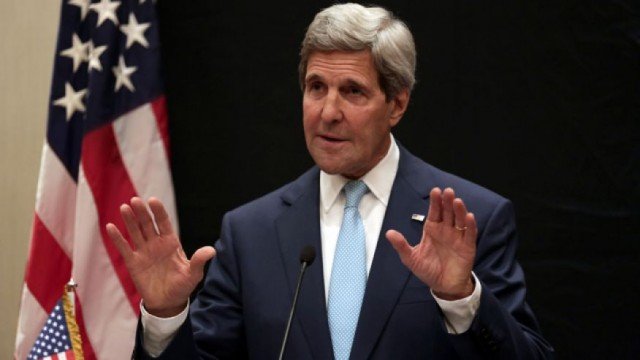 Barack Obama said on September 9 that he had authority to widen military action against ISIS without the approval of Congress, but said he would still ask lawmakers to endorse the arming of Syrian opposition forces.

ISIS militants have taken over large parts of Syria and Iraq in recent months and have declared a “caliphate”.

In the past month, ISIS militants have beheaded two US journalists in protest against American airstrikes on its forces in Iraq.

John Kerry’s tour is due to continue in Saudi Arabia and other regional capitals, where he is hoping to boost military, political and financial support for the fight against ISIS.