The launch of this year’s Big Brother Africa reality show has been delayed by a “devastating” blaze at its purpose-built studios in Johannesburg, South Africa.

The show, due to start on September 7, has been put off while producers “urgently” seek alternative facilities.

No-one was hurt in the fire and its cause will remain unknown until an investigation gets underway.

Contestants from 14 African countries were due to take part in the ninth series of the reality show.

It was due to run for 91 days before crowning a winner to succeed last year’s winner, Dilish Matthews from Namibia. 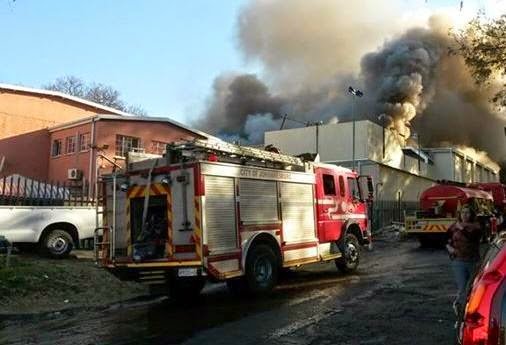 Big Brother makers Endemol South Africa and M-Net said efforts to find another complex in which to film the show would be difficult at such short notice due to its “highly technical infrastructure” which is not “immediately available”.

“Every effort will be made to find a solution as quickly as possible to ensure that Africa’s biggest reality show will continue,” they added.

Channel 24 said that production had already hit complications as contestants from Ghana faced visa entry problems and were being replaced with Ghanaians already resident in South Africa.

The participation of Rwanda – for the first time – and Sierra Leone also had to be scrapped, it reported.

The new edition of the show was due to be shown across Africa via satellite television.

Big Brother has been a popular draw since it started in 2003, and has produced winners from Tanzania, Angola, Nigeria, Namibia, Zimbabwe and South Africa.

In 2010, Big Brother hit the headlines around the world after a male contestant was removed from the compound for punching a female housemate.