Jon Voight has revealed he found out about daughter Angelina Jolie’s surprise wedding to Brad Pitt when the rest of the world did.

CBS’ Inside Edition asked Jon Voight, 75, about the wedding on August 28 at around 7:30 a.m. PT, several hours after the couple’s spokesperson confirmed to the Associated Press that Angelina Jolie and Brad Pitt were married in France, on August 23.

Jon Voight responded by saying he did not know they got married.

Asked whether he had a comment, Jon Voight quipped: “That’s nice.”

Jon Voight was all weekend attending pre-Emmys and Emmys events for his work on his Showtime series, Ray Donovan. 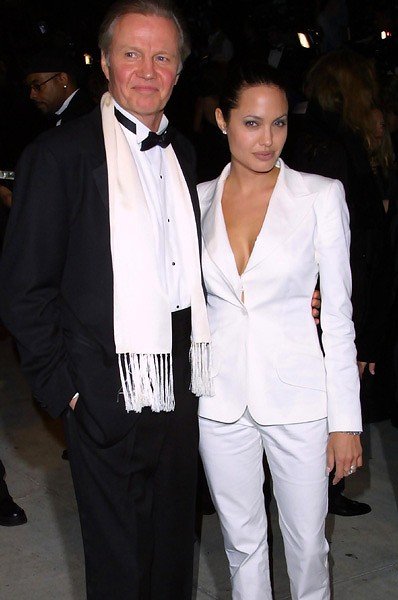 However, the wedding ceremony was attended by Brad Pitt’s entire immediate family.

The actor’s contentious relationship with Angelina Jolie, 39, his daughter with the late Marcheline Bertrand, has been well chronicled in the past.

Jon Voight added that Vivienne’s appearance reminded him of when Angelina Jolie first made her debut alongside him in 1982 comedy, Lookin’ to Get Out.

This is not the first time Angelina Jolie kept a top-secret plan from her father.

Angelina Jolie, who underwent a preventative double mastectomy in early 2013, similarly kept her father out of the loop. Jon Voight, like millions of readers, found out about his daughter’s procedure after she penned an op-ed for the New York Times about her bold medical decision.