Last week, Prince Harry and Camilla Thurlow were spotted on a luxury yacht with friends in Saint-Tropez to celebrate in advance the Prince’s 30th birthday.

“Harry’s had no interest whatsoever in going out and just wants to focus on Camilla without any distractions,” the insider said.

In June, two months after his split with Cressida Bonas, Prince Harry was seen kissing Camilla Thurlow, 25, at a nightclub. 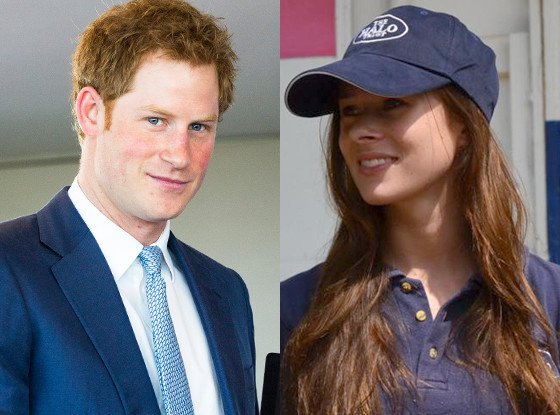 “The pair apparently had <<a few drinks>> and kissed in front of friends at the Mexican bar, club and restaurant, which is owned by Harry’s best friend Guy Pelly and frequented by the royals,” the Daily Mail reported.

US Weekly’s source said Saint-Tropez holiday is a sign that Prince Harry is really smitten with the former Miss Edinburgh.

Camilla Thurlow, who is from Dumfries, now works as a projects officer for The Halo Trust, a UK non-profit charity which conducts humanitarian landmine clearance.

The Halo Trust was made famous in 1997 when the prince’s mother Princess Diana visited a minefield in Angola.

Prince Harry was also a contributor of the charity but left in March this year, reports the Daily Mail.

According to E! News, Prince Harry “sees Camilla as much more than a fling”.

“This was supposed to be Harry’s last summer of fun before he turned 30 and got serious and settled down,” a source said.

“It’s a great sign it shows how mature he is now and that he realizes when he finds happiness to not let go of it and to nurture it.”

“Harry loves how she’s devoted her life to charity – she’s fully committed to helping other people and he sees a lot of his mother Diana’s goodness in her.”