A second senior doctor in Sierra Leone, Modupeh Cole, was confirmed dead from Ebola on Wednesday as West Africa anxiously awaited the arrival of experimental drugs to tackle the deadliest-ever outbreak of the virus.

Sierre Leone‘s chief medical officer Brima Kargbo said Modupeh Cole, a senior physician in the capital Freetown, had been “instrumental in the fight against the Ebola virus”.

Modupeh Cole’s death came only a fortnight after the country’s only virologist and leading Ebola expert, Umar Khan, succumbed to the tropical disease. 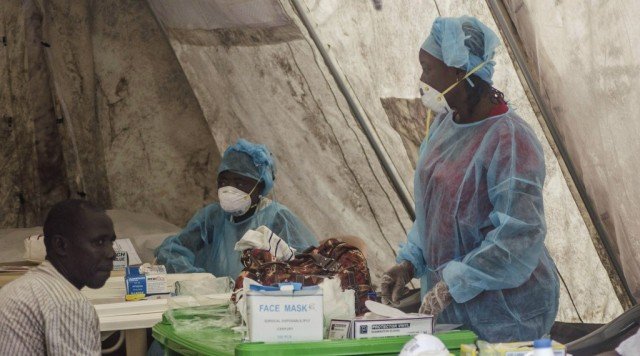 Another of the worst-hit countries, Liberia, is scrambling to save two of its own infected doctors and hopes an experimental serum from the US will arrive in time.

The presidency said Tuesday it had received approval from the FDA for the use of a barely-tested ZMapp treatment that has shown positive early results.

The two infected doctors have given their written consent to try the drug, which will be delivered to the country within 48 hours. A third doctor has already died from the virus.

The World Health Organization (WHO) declared Tuesday it was ethical to try largely untested treatments “in the special circumstances of this Ebola outbreak”.

The company behind ZMapp said it had sent all its available supplies to the region following an outcry over the fact it had so far only been used on Westerners, but supplies are extremely limited.