Global oil prices have reached their lowest level in nine months, despite fears that conflicts in Ukraine and Iraq would inflate prices.

In July 2014, oil hit its highest level in nine months, valued at $115.71 per barrel. Violence in Iraq was cited as the reason for the rise.

The current dip in price has led to an increase in demand from wealthy states. 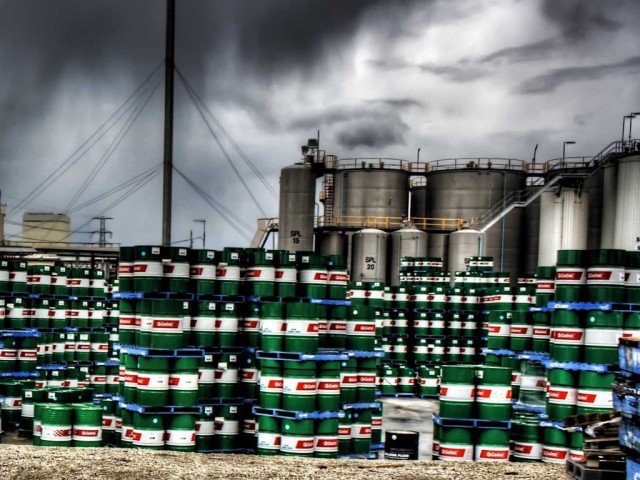 Global oil prices have reached their lowest level in nine months, despite fears that conflicts in Ukraine and Iraq would inflate prices

Iraq has scheduled to export about 2.4 million barrels per day of Basra Light crude in September, up from 2.2 million in the previous month.

In a report on Tuesday, the International Energy Agency (IEA) said: “Oil prices seem almost eerily calm in the face of mounting geopolitical risks spanning an unusually large swathe of the oil-producing world.”

The IEA said that while tensions in Iraq and fighting in Ukraine continued, other oil resources were available, such as those of the US, Libya and Saudi Arabia.

The agency said: “The Atlantic market is currently so well supplied that incremental Libyan barrels are reportedly having a hard time finding buyers.”

It had been thought that sanctions imposed by the US and EU on Russia over its support for Ukrainian rebels might affect oil distribution.

However, the IEA said: “The consensus in the industry seems to be that neither set of sanctions will have any tangible near-term impact on supplies.”

Concerns over Iraq have also been mounting.