Robin Williams has been found dead in an apparent suicide at his California home, aged 63.

Marin County Police in California said he was pronounced dead at his home shortly after officials responded to an emergency call around noon local time.

“Robin Williams passed away this morning. He has been battling severe depression of late,” said the comedian’s spokeswoman Mara Buxbaum.

“This is a tragic and sudden loss. The family respectfully asks for their privacy as they grieve during this very difficult time.”

Robin Williams was famous for such films as Good Morning Vietnam and Dead Poets Society and won an Oscar for his role in Good Will Hunting.

In the past he had talked, and even joked, about his struggles with alcohol and drugs.

Robin Williams had recently returned to a rehabilitation centre to “fine-tune” his sobriety, the Los Angeles Times reported in July.

“At this time, the Sheriff’s Office Coroner Division suspects the death to be a suicide due to asphyxia, but a comprehensive investigation must be completed before a final determination is made,” police said in a statement.

In a statement, Robin Williams’ wife, Susan Schneider, said she was “utterly heartbroken”.

“On behalf of Robin’s family, we are asking for privacy during our time of profound grief. As he is remembered, it is our hope the focus will not be on Robin’s death, but on the countless moments of joy and laughter he gave to millions.” 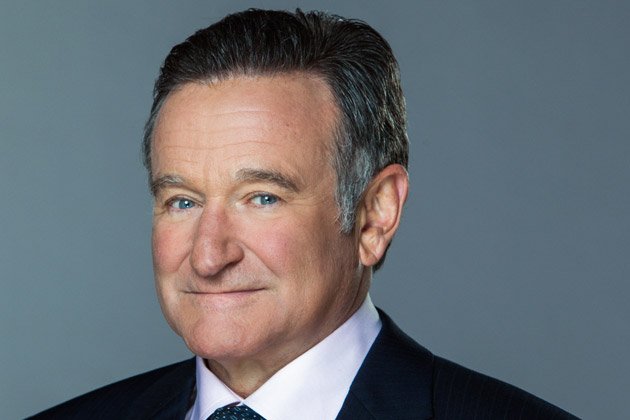 Born in Chicago, Illinois in 1951, Robin Williams joined the drama club in high school and was accepted into Juilliard School in New York, the prestigious American academy for the arts.

There, he was encouraged by a teacher to pursue comedy.

Robin Williams was first known for his zany portrayal of an alien in the 1970s TV show Mork and Mindy, a character first seen in the sitcom Happy Days.

He was a regular stand-up comedian while continuing to act in such films as Good Morning Vietnam, Dead Poets Society, Mrs. Doubtfire and as the voice of the genie in Aladdin.

While many of his roles were in comedies, Robin Williams won the Oscar in 1998 for best supporting actor as a therapist in Good Will Hunting.

President Barack Obama was one of many offering condolences to his family when he said: “Williams arrived in our lives as an alien – but he ended up touching every element of the human spirit.

“He made us laugh. He made us cry. He gave his immeasurable talent freely and generously to those who needed it most – from our troops stationed abroad to the marginalized on our own streets.”

On August 11, 2014, at approximately 11:55 AM, Marin County Communications received a 9-1-1 telephone call reporting a male adult had been located unconscious and not breathing inside his residence in unincorporated Tiburon, California.

The Sheriff’s Office, as well as the Tiburon Fire Department and Southern Marin Fire Protection District were dispatched to the incident with emergency personnel arriving on scene at 12:00 PM. The male subject, pronounced deceased at 12:02 PM has been identified as Robin McLaurin Williams, a 63 year old resident of unincorporated Tiburon, California.

An investigation into the cause, manner, and circumstances of the death is currently underway by the Investigations and Coroner Divisions of the Sheriff’s Office.

Preliminary information developed during the investigation indicates Mr. Williams was last seen alive at his residence, where he resides with his wife, at approximately 10:00 PM on August 10, 2014.

A forensic examination is currently scheduled for August 12, 2014 with subsequent toxicology testing to be conducted.