A 72-hour ceasefire has come into effect between Israel and the Palestinians in Gaza, after a day of intense diplomacy.

It is hoped the latest truce, which came into effect at 21:00 GMT, will help negotiators agree a longer peace.

About 2,000 people have died in the conflict, which began on July 8 when Israel launched an operation to deter militant attacks from Gaza. 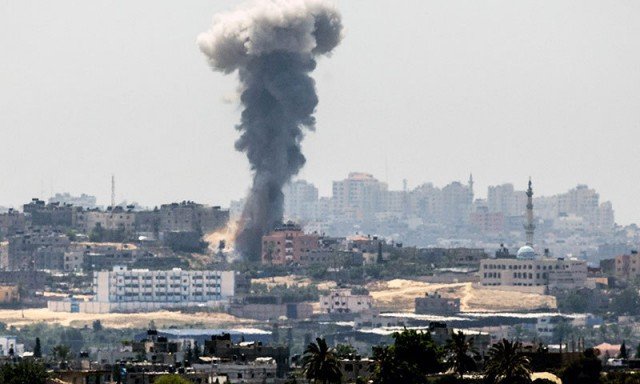 A 72-hour ceasefire has come into effect between Israel and the Palestinians in Gaza, after a day of intense diplomacy

However, an hour into the ceasefire there were no reports of attacks from either side.

After tense talks that both sides had threatened to abandon, the surprise announcement of the truce came late on Sunday.

Izzat al-Reshiq, a Hamas negotiator in Cairo, told Reuters news agency: “In light of Israel’s acceptance of the truce and their return without pre-conditions, we will inform the Egyptian brothers of our positive response.”

In a statement, Egypt’s foreign ministry urged both sides to resume indirect negotiations and “work towards a comprehensive and lasting ceasefire agreement”.

Correspondents say Israel is likely to continue to push for Gaza to be demilitarized, and Hamas will continue to demand the blockade of Gaza to be lifted.

However, an unidentified Hamas negotiator said their demands were likely to be “more modest” this time.

Since the last 72-hour truce ended on Friday, there has been regular exchange of fire.

On the Israeli side, where dozens of communities have been evacuated, residents will also be able to return home.