The US army has conducted its second air-drop of food and water to Iraqi people hiding in mountains from jihadist fighters, the Pentagon says.

The humanitarian aid came hours after the US launched fresh air strikes against militants from the Islamic State (IS).

The IS had recently made fresh gains in northern Iraq and is threatening the Kurdish city of Irbil.

The US is also piling pressure on Iraqi leaders to form a unity government capable of dealing with the jihadists. 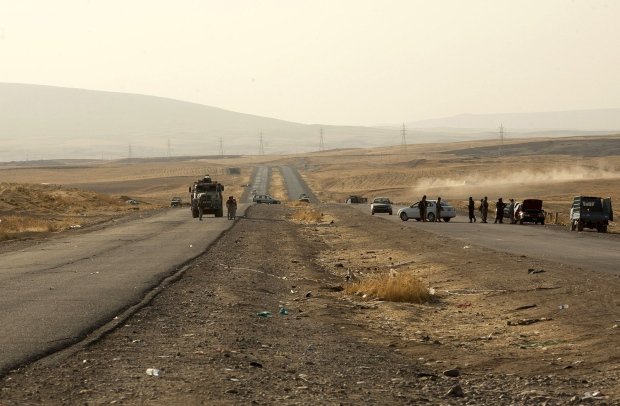 President Barack Obama said on Friday that Iraq’s Shia Arab majority had “squandered an opportunity” to share power with the Sunni Arabs and Kurds.

IS, a jihadist group formerly known as Isis, has taken control of swathes of Iraq and Syria and has also seized Iraq’s largest dam.

In a statement, the Pentagon said the latest air-drop dispersed 72 bundles of supplies.

The aid was dropped into the mountains around the town of Sinjar, where up to 50,000 members of the Yazidi religious sect fled an IS advance a week ago.

The first US air strike on Friday saw two 500lb bombs dropped on IS artillery being used against forces defending Irbil.

Late on Friday, the Pentagon confirmed a second wave of attacks. It said drones and fighter jets attacked a mortar position and a seven-vehicle convoy carrying fighters also threatening Irbil.