Home Breaking News FAA bans all US flights over Iraq

The Federal Aviation Administration (FAA) has banned all US airlines from flying over Iraq until further notice.

The FAA said the ban was introduced due to the “hazardous situation” created by fighting between militants from the Islamic State (IS) and Iraqi security forces. 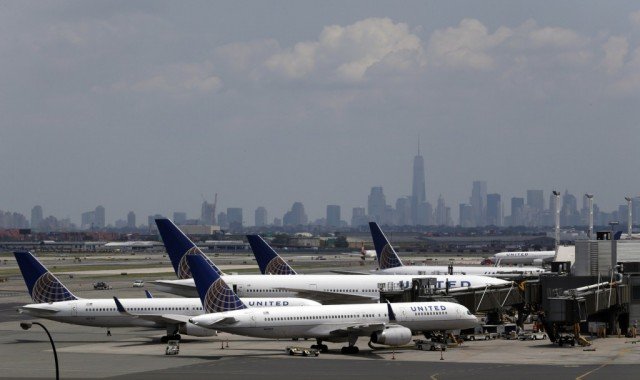 The US launched air strikes against IS in Iraq on Thursday.

The FAA had previously banned all air travel over Iraq below 30,000 feet on July 31.

Flying over conflict areas has come under increasing scrutiny since the crash of MH 17 in Ukraine in July.

Earlier in July, the FAA and other European carriers briefly suspended flights to Israel’s Ben Gurion airport in Tel Aviv after a rocket landed near the airport.