Dr. Kent Brantly, who was infected with the deadly Ebola virus in Liberia, has arrived in the US for treatment at a specialized unit at Emory University Hospital in Atlanta, Georgia.

The US doctor arrived in a specially equipped private plane at a military base before being whisked away to Emory University Hospital.

Ebola has claimed 728 lives in Guinea, Liberia and Sierra Leone this year, killing up to 90% of sufferers.

The virus spreads through human contact with a sufferer’s bodily fluids. 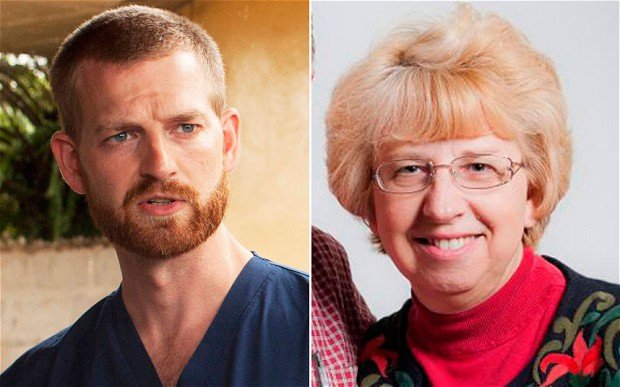 Ebola infected Dr. Kent Brantly and Nancy Writebol will be treated at a specialized unit at Emory University Hospital in Atlanta

The US health authorities have warned against travelling to the African states affected and 50 extra American specialists are being sent to affected areas.

After it touched down at Dobbins Air Reserve Base, the patient was collected by an ambulance which drove him to Emory, 15 miles away.

US officials say they are confident the patients can be treated without putting the public in any danger.

The specialized unit at Emory University Hospital was opened 12 years ago to care for federal health workers exposed to some of the world’s most dangerous germs.

While it has an isolation unit, health experts say it is not needed for treating a patient with Ebola, as the virus does not spread through the air.

The US Centers for Disease Control and Prevention (CDC) is unaware of any Ebola patient ever being treated in the US before.

Dr. Kent Brantly’s employer, the aid group Samaritan’s Purse, said in a statement that it was evacuating 60 non-essential staff who were healthy back to the US.

An earlier statement said that Dr. Kent Brantly had been offered experimental serum – using blood from a child whose life he saved – but he had insisted that Nancy Writebol should receive it instead.

Dr. Kent Brantly’s wife, Amber, said in a statement she remained “hopeful and believing that Kent” would be “healed from this dreadful disease”.

The National Institutes of Health in the US has said it will begin testing a possible Ebola vaccine in September.