Israeli forces say one of its soldiers is believed captured, as a 72-hour truce with Hamas in Gaza collapsed just hours after it had begun.

The Gaza health ministry said dozens were killed by Israeli shelling in the area shortly after the incident. 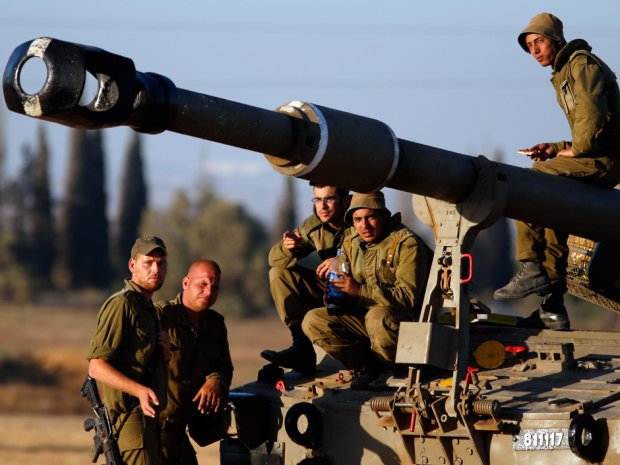 Israeli forces say one of its soldiers is believed captured, as a 72-hour truce with Hamas in Gaza collapsed just hours after it had begun

Gilad Shalit was released in November 2011 in exchange for 1,000 Palestinian prisoners.

Hamas has not confirmed or denied capturing a soldier.

Some 1,460 Palestinians, mostly civilians, have died in the latest conflict and 63 Israelis, mostly soldiers.

The ceasefire had been brokered by the US and UN to give civilians a reprieve from the violence, and had been seen as an unforeseen breakthrough after days of diplomatic deadlock.

Also on Friday, Palestinian and Israeli delegations arrived in Cairo, Egypt, with the hope of negotiating a longer-term cessation of hostilities, but Egyptian officials said the talks had now been postponed.

A senior Israeli official said Hamas had breached the ceasefire and Israel’s response would be “crushing”.

Hamas spokesman Fawzi Barhoun said: “The Israelis are the ones who breached the ceasefire, and the Palestinian resistance acted in a way that ensures its right of self-defense.”

Another Hamas official said the announcement of the soldier’s capture was “a justification for Israel retreating from the truth and a cover-up for massacres”.

Palestinian media reported that Hamas had called for a “day of anger” across the West Bank.