Russia has banned the imports of fruit and vegetables from Poland, depriving it of a major export market.

The move follows EU sanctions against Russia over Ukraine – and Poland has condemned Russian actions there. 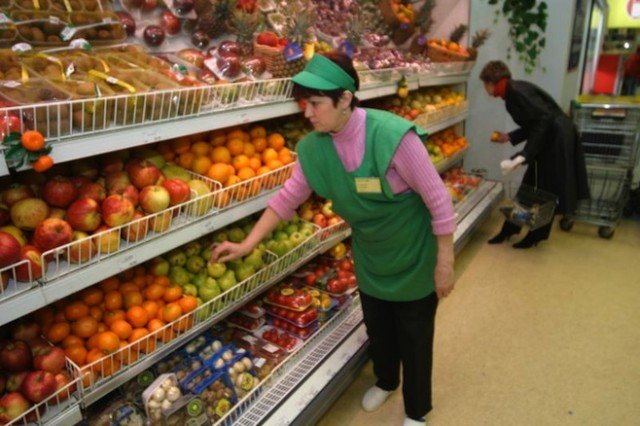 Russia has banned the imports of fruit and vegetables from Poland, depriving it of a major export market

Poland and some other former communist bloc countries are among the most vocal critics of Russia in the current crisis, accusing Moscow of supplying the separatist rebels in eastern Ukraine with arms and volunteers.

The cost to Poland of the import ban is likely to be 0.6% of GDP (national output) by the end of the year, Polish Deputy PM Janusz Piechocinski was quoted as saying.

Agriculture accounts for about 3.8% of Poland’s total GDP. Polish growers plan to seek compensation from the EU for the loss of earnings.

Poles have been posting images of apples on social media as a way of protesting against Russia.

Previously Russia also imposed such boycotts on Georgia and Moldova – former Soviet republics, like Ukraine, whose pro-Western policies have angered the Kremlin.

Russia is an important export market for Georgian and Moldovan wine. Currently Russia is blocking imports of Moldovan fruit. In each case the Russian authorities say they have public health reasons for imposing a ban.

In January – before its March annexation of Crimea – Russia also imposed a ban on imports of pigs and pork from the EU.

The European Commission says that move was “disproportionate”, closing a market worth 25% of total EU pig and pork exports. In 2013 those exports to Russia totaled 1.4 billion euros.