The Louvre museum in Paris has called in the pest controllers after picnickers in its gardens encouraged an infestation of rats.

The Louvre gardens are popular as a resting-place for the gallery’s tens of thousands of daily visitors.

Parisians also use the gardens as a lunching spot.

At the height of summer, museum authorities are having difficulties keeping the gardens – which consist of lawns intercut by lines of thick hedge and studded with early 19th Century statuary – clean.

Rubbish and scraps of discarded food accumulate beneath the hedges, whose interiors are occasionally used as a toilet. Crows peck among the detritus next to overflowing bins. 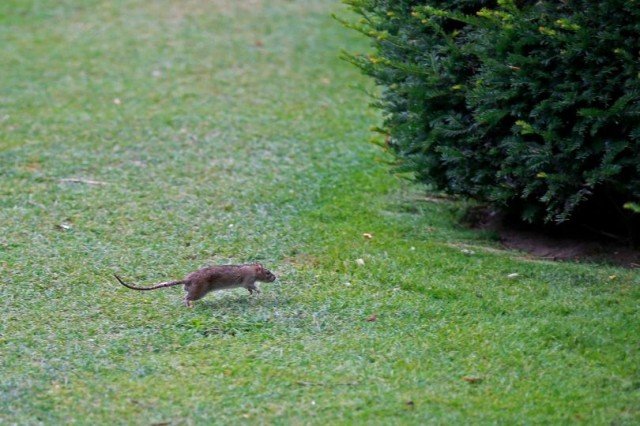 The rat alert was raised by photographer Xavier Francolon, who was taking pictures of the nearby Tuileries funfair when he got sidetracked by the more interesting story unfolding beneath his feet.

“It’s quite common to see rats in Paris at night,” he told Le Point magazine.

“But what was weird was seeing them in broad daylight. They were going right up close to the people picnicking.” In two days he saw more than 30 of the pests.

“A Dutchman with his family asked me what those animals were. The family must have been to Disneyland because when I told him, his children started shouting: <<Look, it’s Ratatouille!>>”

The Eurodisney theme park outside Paris has just opened a new attraction based on the exploits of the culinary rat.

According to a pest expert quoted in Le Parisien newspaper, there is now a “Ratatouille effect” which renders children almost friendly towards rats.

“In the Louvre gardens you even see people feeding the rats, which is the very last thing they should be doing,” he said.

The Louvre museum says it is aware of the problem, and has a regular program of rat clearance in the gardens. Following the latest sightings, pest controllers have been in again and for now the rats seem to have disappeared.

Various reasons have been put forward for this year’s proliferation at the Louvre. The mild winter will have encouraged reproduction (and with five litters a year of between five and 12 pups, rats breed fast).

The vast urban reconstruction project at Les Halles, which is nearby, may have displaced many of the animals. And recent rainstorms caused water to accumulate in sewers, bringing rats to the surface.

Above all it is the lack of cleanliness at the Louvre gardens which is at fault.

Frederic Devanlay of the pest-control company Avipur said: “There has been a steady increase in the number of rats in Paris going back eight years. They get used to human presence and as time goes by they come closer and closer to contact with people.”

According to an unofficial figure quoted in all the French press, it is reckoned there are now six million rodents in Paris – 2.5 per human inhabitant.