The United Nations Security Council has called for an “immediate and unconditional humanitarian ceasefire” in Gaza Strip.

An emergency session backed a statement calling for a truce over the Muslim holiday of Eid al-Fitr “and beyond”.

Both the Palestinian and Israeli envoys to the UN criticized the statement, for different reasons.

Gaza had its quietest night in weeks after a weekend punctuated by brief truce initiatives offered by both Israel and Hamas.

More than 1,030 Palestinians, mostly civilians, and 43 Israeli soldiers and two Israeli civilians have been killed. A Thai national in Israel has also died. 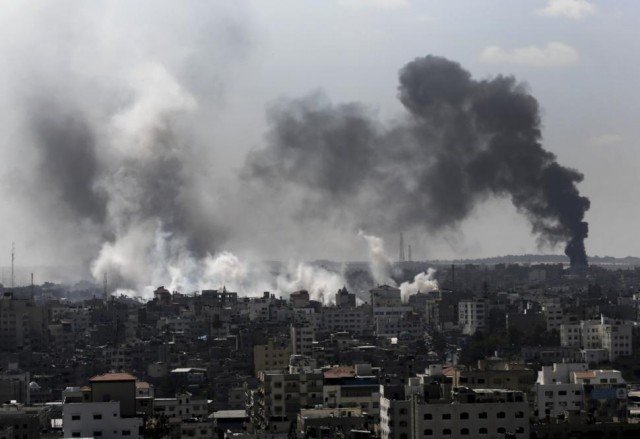 The Gaza health ministry on Sunday revised the number of Palestinian dead down by 30 after some relatives found missing family members.

Israel’s military reported a new rocket attack on Monday morning, saying it had hit an open area in southern Israel. It fired back, in its first reported military action since late on Sunday evening.

The UN Security Council endorsed a statement from Rwanda, the current president of the council, calling for a “durable” truce based on an Egyptian initiative – under which a pause in hostilities would lead to substantive talks on the future of Gaza, including the opening of Gaza’s border crossings.

The statement also emphasized that “civilian and humanitarian facilities, including those of the UN, must be respected and protected”.

It further stressed the need for “immediate provision of humanitarian assistance to the Palestinian civilian population in the Gaza Strip”.

The Palestinian representative at the UN, Riyad Mansour, said the statement did not go far enough and that a formal resolution was needed demanding that Israel withdraw its forces from Gaza.

“It doesn’t mention the firing of rockets. Those things are lacking in this statement.”

Opinion polls published at the weekend suggest there is still widespread support among Israelis for the military operation.