The US State Department says it has evidence that Russia has fired artillery across the border targeting Ukrainian military positions.

Russia has frequently denied sending any rocket launchers into Ukraine.

The US comment comes a week after Malaysia Airlines flight MH17 crashed in eastern Ukraine, with the rebels widely accused of shooting it down. 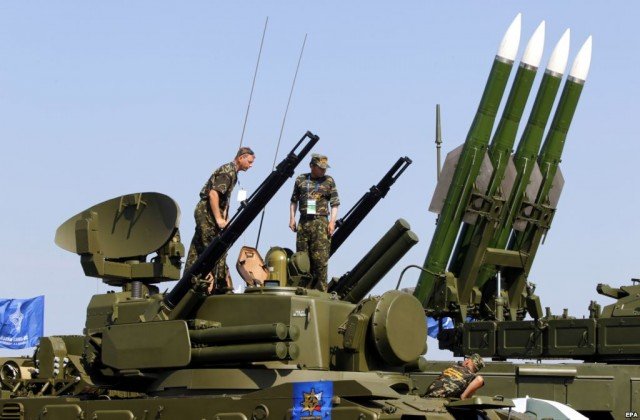 Multinational efforts to find the cause of the crash are under way, led by the Netherlands which lost 193 of its citizens. All 298 people on board the flight died in the crash.

Dutch PM Mark Rutte has announced 40 unarmed military police are being sent to the crash site as part of efforts to find the last MH17 victims.

He said there would be more people working on the crash site and his government was looking at ways to make it more secure.

The US, which has repeatedly accused Russia of fuelling separatist sentiment in eastern Ukraine, says it believes that rebels shot down flight MH17 with a Russian-provided SA-11 Buk surface-to-air missile, probably by mistake.

Leading rebels in eastern Ukraine have given conflicting accounts of whether they had control of a Buk launcher at the time the plane was downed.

She said the US would not provide further details so as not to compromise sources and methods of intelligence collection.

Earlier on Thursday, the EU said it was adding 15 people and 18 entities to the list of sanctions against Russia and Ukraine.

It comes as two more planes carrying the remains of some of the passengers and crew of flight MH17 arrived in the Netherlands for forensic identification at a barracks south of the Dutch city of Hilversum.