The cause of death for fugitive owner of Sewol ferry, Yoo Byung-eun, cannot be determined, South Korea’s forensic agency says.

Yoo Byung-eun was blamed for the recent ferry disaster.

Yoo Byung-eun was wanted for questioning on possible charges linked to the sinking of the Sewol ferry in April, which killed more than 300 people.

Forensic experts said the state of the body meant the manner of his death could not be determined. 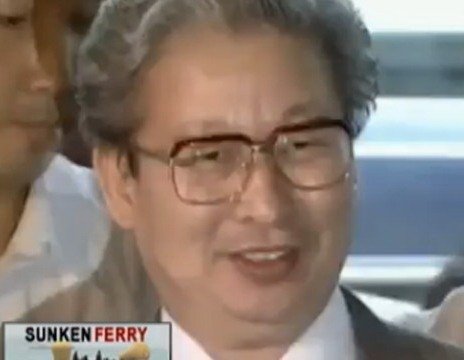 “It was impossible to conclude the cause of death since Yoo’s body was in a very advanced stage of decomposition,” Seo Joong-seok, director of the National Forensic Service (NFS), told journalists.

The NFS had ruled out drugs or poison, he said. But there had been no way to rule out other possible causes.

“There is no way to determine whether he had suffered any wounds,” Seo Joong-seok said.

“And as the intestines were so badly decomposed, we were unable to determine any disease as a cause.”

Police have been criticized for failing to connect the body, which spent six weeks in the mortuary, with Yoo Byung-eun, who was the subject of a lengthy manhunt.

Prosecutors have revealed that he hid in a cupboard at his holiday home to evade arrest. His body was found just 2.5 km from his cabin, in a plum orchard.

Sewol ferry sank on April 16 off Jeju island, killing most of its passengers including scores of high-school students. Investigators say it had been illegally modified to carry more passengers and cargo, and was overloaded.

Yoo Byung-eun was wanted for questioning on possible charges of embezzlement and criminal negligence.

The sinking of the Sewol triggered widespread grief and anger at the government, which has promised to overhaul its bureaucracy and improve its emergency response.

Two separate trials – one for the vessel’s captain and crew, and another for officials at Chonghaejin Marine – began last month.