In a bid to ease investor’s concerns, Portugal’s central bank has stated that Banco Espirito Santo does not need extra funds.

Banco Espirito Santo (BES), Portugal’s largest bank, itself has said it has sufficient finances to deal with its parent company’s debt problems.

Worries about the financial strength of the bank’s parent company hit global stock markets on Thursday.

Portugal’s central bank said investors had “no reason to doubt” the security of funds, and savers had “no need to be worried”.

On Thursday, shares in both BES and Espirito Santo Financial Group – which holds a 25% stake in BES – fell sharply on worries about the financial health of the Espirito Santo group. 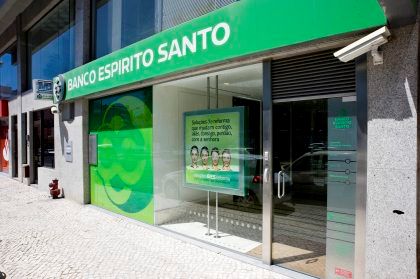 Lisbon stock market regulators suspended trading in BES shares after they plunged by more than 17%. After the ban was lifted around midday on Friday, the shares gained close to 4% to 0.53 euros.

The overall Portuguese market was more than 2% higher meanwhile, after losing 4% on Thursday.

On Thursday evening, BES said it was “waiting for the release of the restructuring plan of Espírito Santo Group in order to assess the potential losses related to its exposure”.

“BES Executive Committee believes that the potential losses resulting from the exposure to Espírito Santo Group do not compromise the compliance with the regulatory capital requirements.”

Portugal’s PM Pedro Passos Coelho echoed the central bank’s message that BES was not in need of support.

Pedro Passos Coelho said: “There is no reason for the state to intervene in a bank which has solid capital and which has a comfortable margin to deal with any eventuality, even the most adverse.”

The events triggered a fresh outbreak of nerves about European banks, sending stock markets in Europe and the US lower.

There were concerns that BES’ troubles could have a wider impact on Portugal which only two months ago exited the bailout program.

Portugal’s government borrowing costs fell to an eight-year low of 3.58% in April this year, but worries surrounding BES and the health of the country’s financial sector pushed these back up towards 4% on Thursday.