Carrefour is shutting its business in India less than four years after it opened its first store in the country.

It has said it wants to focus on key markets in Europe, China and Brazil. 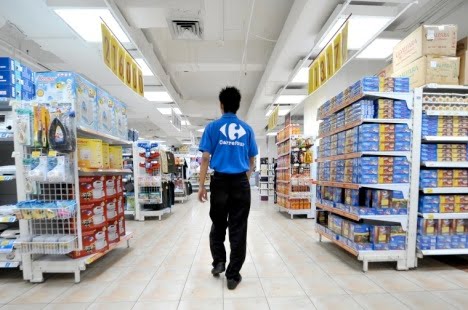 India opened up its multi-brand retail sector to foreign companies in 2012.

But it has put pre-conditions, including those on local sourcing and infrastructure investment, and has also left the final decision on whether to allow foreign companies to open stores to individual state governments.

Many analysts have said the pre-conditions have deterred foreign companies from entering the sector.

So far, only one company – the UK’s Tesco – has announced plans to open stores in the country.

The decision to open up the sector to foreign firms also faced political opposition at the time.

The Bharatiya Janta Party (BJP) – which has recently formed a new government in India – had opposed the move arguing that the arrival of big name supermarkets may hurt the small retailers in the country.