The profit of the Vatican bank plunged in 2013 largely due to a clean-up process which has seen it end relationships with 3,000 customers.

Most of its losses came from the winding up of investments made before its reform program began.

Without these, it said profit would have been 70 million euros. 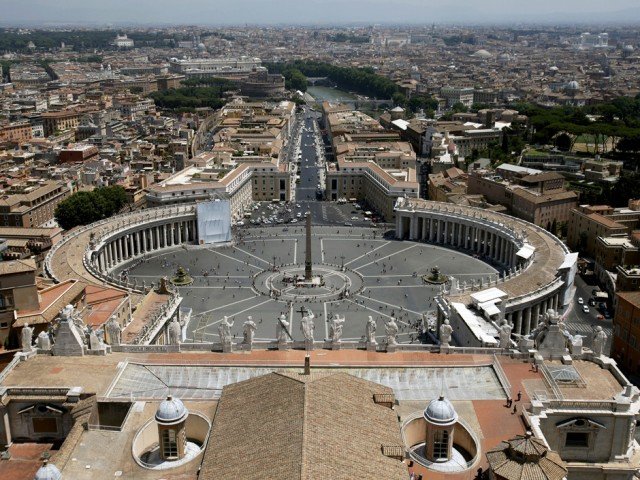 Pope Francis has sought to stamp out corruption and other abuses at the Vatican bank, which handles funds for the Catholic Church (photo Bloomberg)

He pledged to clean up the bank following accusations of money laundering and a lack of due diligence which allowed non-religious, and even crony, businessmen to hold accounts.

Between May 2013 and June 2014, outside experts combed through all the bank’s accounts in what the Vatican said was a “systematic screening of all existing customer records”.

As a result, it said it had terminated 2,600 “dormant” accounts which had seen no activity for a long time, as well as 396 customers who didn’t meet the criteria for doing business with the bank.

It said a further 359 customer accounts which didn’t meet its criteria were in the process of being terminated.

“I repeatedly said that I would proceed with zero tolerance for any suspicious activity. We have carried out our reforms in this spirit,” said the bank’s President, Ernst von Freyberg.

Ernst von Freyberg’s statement came ahead of an announcement on Wednesday which is expected to detail further expected re-structuring at the bank.