JK Rowling has published a new short story about Harry Potter on her Pottermore fan website, set during the Quidditch world cup final.

The 1,500-word tale is written in the style of a newspaper column by Daily Prophet reporter, Rita Skeeter.

The article reports that Harry Potter took his sons James and Albus to visit the world cup compound “where he introduced them to Bulgarian seeker Victor Krum”.

Rita Skeeter then speculates on the absence of Harry Potter’s wife Ginny at the event.

“Are cracks beginning to show in a union that the Potters are determined to promote as happy?” 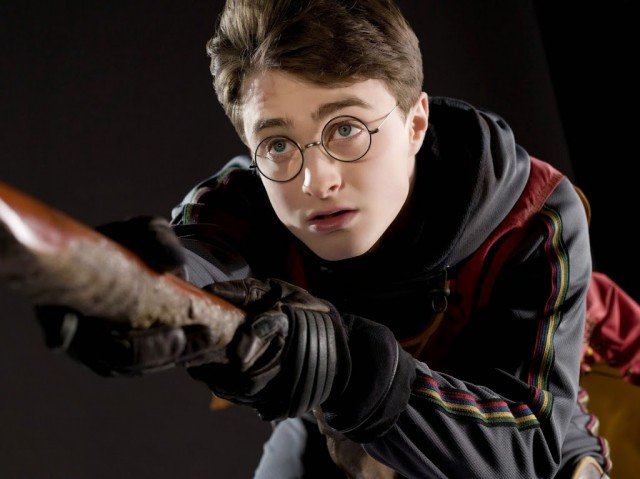 JK Rowling has published a new short story about Harry Potter on her Pottermore fan website, set during the Quidditch world cup final

Quidditch is the fictional game played on broomsticks that features in JK Rowling’s Harry Potter novels.

Harry Potter is about to turn 34 in JK Rowling’s latest story, which can be accessed by registering on the Pottermore website.

The former boy wizard now “sports a nasty cut over his right cheekbone” along with his famous lightning scar. His hair is said to be slightly greying.

There is no mention of Harry and Ginny’s third child, Lily, who is referred to in the epilogue of Rowling’s final Harry Potter novel, Harry Potter and the Deathly Hallows.

Hermione, who now has two children with her husband Ron, is now deputy head of the department of magical law enforcement.

JK Rowling had said in previous interviews that Ron was an auror with Harry Potter at the ministry of magic but Rita Skeeter now claims he has had to leave for unknown reasons.

Now working for his brothers’ joke emporium Weasleys’ Wizard Wheezes, she claims Ron has had to step away from his job at the Ministry of Magic for reasons he has not revealed to the public.

The article also refers to other well-known characters from the Harry Potter series, including Luna Lovegood and Fleur Delacour.

JK Rowling, who is a supporter of the Hacked Off campaign which is putting pressure on newspapers to put into practice the Royal Charter on press self-regulation, has also penned a tongue-in-cheek reference to the media and privacy.

“One always hesitates to invade the privacy of young people, but the fact is that anyone closely connected with Harry Potter reaps the benefits and must pay the penalty of the public interest.”

More than 450 million copies of JK Rowling’s seven Harry Potter books, the first of which was published in 1997, have been sold worldwide.