Hurricane Arthur has made landfall in North Carolina, as thousands abandon their Fourth of July holiday plans.

Packing maximum sustained winds of 100 mph, Hurricane Arthur made its landfall on the Eastern Seaboard late Thursday, after prompting thousands of residents and vacationers to flee the coastline in anticipation.

The first hurricane of the season, now a Category 2 storm, reached land between Cape Lookout and Beaufort at 23.15 local time, the US National Hurricane Center said.

At 2 a.m., the eye of the storm was moving up the west side of the Pamlico Sound.

Hurricane warnings were in place Thursday evening along the North Carolina coast up to the Virginia border, and tropical storm warnings were issued as far north as Nantucket Island and Cape Cod in Massachusetts.

Arthur is expected to bring dangerous surf and rip currents, torrential rain and power outages and extensive flooding in the Outer Banks. 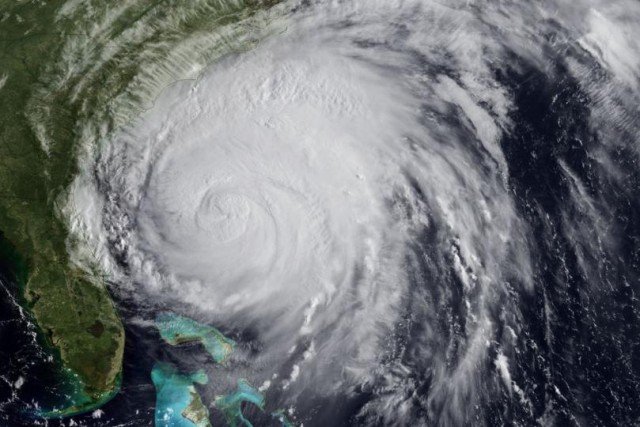 But many were staying put and didn’t think the threat was a serious one.

Emergency officials warned that vacationers could become trapped by rising water if they don’t pay attention to warnings.

In Virginia, beachfront communities scrambled to prepare for the storm, as Arthur’s path moved westward. Virginia Beach and Chesapeake are the areas expected to be hit hardest, but no hurricane watches or warnings were issued in the state.

But even those areas not affected by the hurricane’s strong winds and heavy rain may still be under rip current alerts, which have been issued all along the Eastern Seaboard, from Maine to Florida. Rip currents, which pull swimmers away from the shore, are responsible for 80% of surf rescues.

Hurricane Arthur put a damper on Fourth of July celebrations even before making landfall. Boston moved its holiday Pops concert to Thursday. Atlantic City, New Jersey, rescheduled its fireworks display for Sunday. Coastline cities in North Carolina, such as Surf City and Nags Head, either canceled or postponed their scheduled events.