Israel is holding the funerals of three teenagers who were abducted and murdered while hitch-hiking in the occupied West Bank.

Israeli has blamed the Palestinian militant group Hamas for the deaths.

Hamas has denied any involvement.

The teenagers’ bodies were found on Monday evening more than two weeks after the youths went missing.

Israel’s PM Benjamin Netanyahu has said Hamas will be made to “pay” a price for the killings. 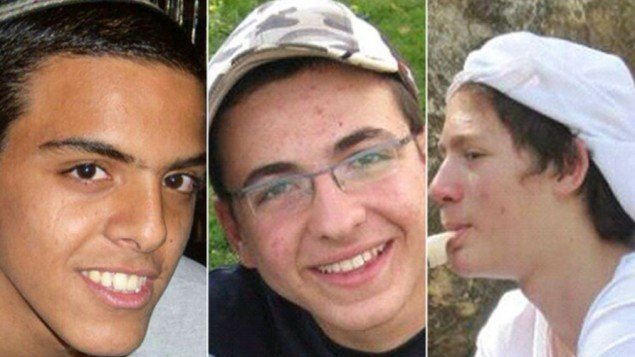 Overnight, Israel launched more than 30 air strikes on facilities linked to militant groups in the Gaza Strip after 18 rockets were fired into Israel since Sunday night, the Israeli military said.

Benjamin Netanyahu, who will attend the joint funeral held for Naftali Frenkel, Gilad Shaar and Eyal Yifrach, said the teenagers had been “kidnapped and murdered in cold blood by animal”.

The funeral will take place from 17:30 local time at Modiin cemetery in central Israel. Modiin, which is between Tel Aviv and Jerusalem, is close to the boys’ family homes.

The teenagers’ bodies were found under a pile of rocks near the Palestinian town of Halhul. An Israeli official said it appeared the youths had been shot soon after their abduction.

Israeli troops flooded into Halhul after the discovery.

Its Shin Bet security agency had named two Hamas members from Hebron – Ayoub al-Kawasma and Abu Aisheh – as suspects. The Israeli military raided the homes of both men, setting off explosives.

The disappearance of the teenagers on June 12 sparked a huge search operation in Palestinian towns and cities across the West Bank.

More than 400 Palestinians were arrested, while five were killed in fighting with Israeli troops.

Benjamin Netanyahu has said the incident is a consequence of “the partnership” between Hamas, which rejects Israel’s right to exist, and the Fatah movement of Mahmoud Abbas.

Mahmoud Abbas and Benjamin Netanyahu signed a reconciliation deal in April after years of division and formed a unity government last month.