Kim Han-sik, the head of the company that operated the South Korean ferry that capsized, killing hundreds, goes on trial today.

Chonghaejin Marine’s president Kim Han-sik, 73, and four employees are charged with negligence over claims that the company routinely overloaded the ferry.

A separate trial of the Sewol ferry captain and 14 other crew members started last week. They face various charges related to their failure to help passengers. 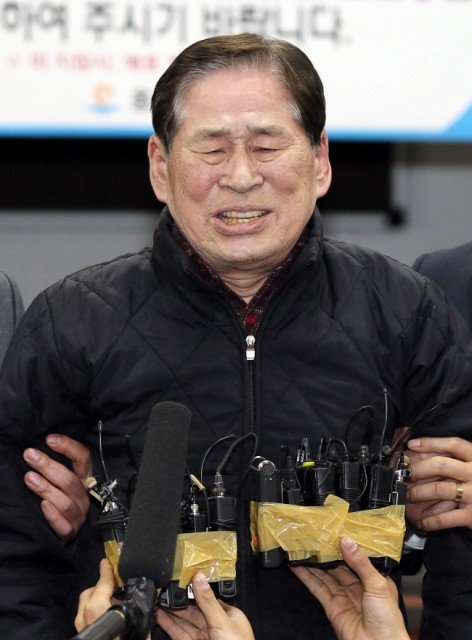 The Sewol ferry disaster has caused an outpouring of public anger in South Korea and there have been calls for severe punishment for the crew.

The case has received feverish media coverage, with commentators suggesting the defendants will struggle to get a fair trial.

The ferry company’s owner, Yoo Byung-eun, is still on the run. He has been the target of a nationwide manhunt since he refused to respond to an official summons last month.

Meanwhile, diving teams are still trying to find 12 people still regarded as missing from the ferry.

The latest underwater search failed to find new bodies from the sunken vessel.

Separately, Choo Kyo-Young, head teacher at the school many of the students attended, has been suspended “in connection with the disaster”.

No further explanation was given.

The school’s deputy head teacher, who was rescued from the ferry, killed himself after the disaster.

Some parents had initially criticized the school for going ahead with the trip despite poor weather conditions.