Amazon has unveiled Fire Phone – its first handset offering 3D visuals thanks to four face-tracking cameras on its front and gesture controls.

The Fire Phone allows its users to change an image’s perspective by moving their head, rather than creating “pop-out” effects.

The owner can also scroll through a webpage or bring up menus by tilting the smartphone in their hand.

Chief executive Jeff Bezos announced the phone at a press event in Seattle.

One industry watcher had doubts about what was on show. 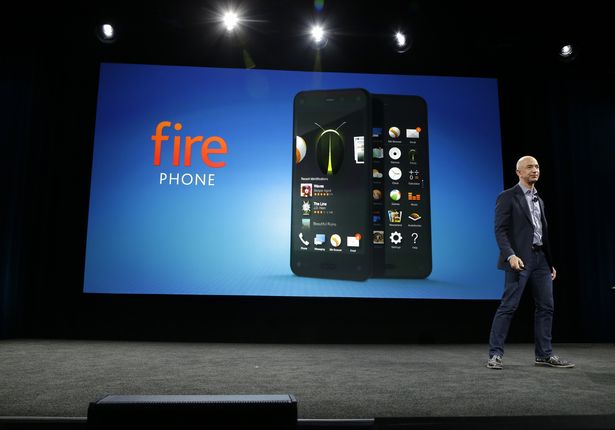 The Fire Phone launch comes at a time when Amazon’s tablet sales appear to be on the wane, despite recent price promotions.

The basic version of the Fire Phone, with 32 gigabytes (GB) of storage, will cost $199 on top of a two-year contract with AT&T – the only network to offer it initially – on July 25.

That is the same price AT&T charges for the 16GB versions of Apple’s iPhone 5S and Samsung’s Galaxy S5.

The “dynamic perspective” effect is made possible by the inclusion of four “ultra-low power” cameras coupled with four infrared LEDs, which permit the device to keep tracking the position of the user’s eyes and mouth in the dark.

The process only requires two cameras, but the firm said the extra two meant users would not need to worry how they held the handset.

Another innovation introduced by the Fire Phone is a dedicated side-button to activate Firefly, an app that allows it recognize text, images and sound in the smartphone’s immediate vicinity.

It can be used to bring up information – for example details of a wine, the name of a song, or information about a painting – and when relevant, the chance to buy the same or a related product from Amazon.

The facility relies on Amazon’s computer servers, so will not be available when the phone is offline.

Several of these services will only remain available if the owner renews their Amazon Prime membership after a year, at an annual cost of $99.