A Ukrainian military transport plane has been shot down by pro-Russian rebels in Luhansk, killing all 49 Ukrainian service personnel on board.

In a statement it said “terrorists” had “cynically and treacherously” fired on the aircraft.

The plane was carrying troops and military equipment and was about to land at the city’s airport.

It is thought to be the biggest loss of life suffered by government forces in a single incident since Kiev began an operation to try to defeat the insurgency in east Ukraine. 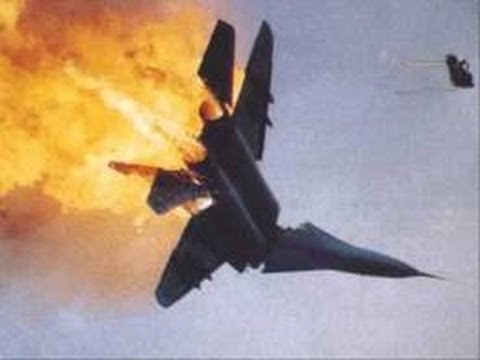 A Ukrainian military transport plane has been shot down by pro-Russian rebels in Luhansk, killing all 49 people on board

He added that the investigation was just beginning into how the separatists brought down the plane, but initial reports indicated that three “Stinger-like” missiles were used.

The incident came less than a week after pro-Russia rebels launched a series of attacks on Ukrainian forces at Luhansk International Airport.

The airport has been under the control of government forces but the rebels hold most of the rest of the city.

Luhansk is the main city of one of two eastern regions where pro-Russia separatists have declared independence from Kiev.

The “anti-terrorist operation” by Ukraine government forces has left at least 270 people dead over the past two months.

Ukraine’s new President Petro Poroshenko had said that fighting must end “this week” following his inauguration in Kiev last Sunday.

Meanwhile, the US said it was confident that tanks being used by separatists in eastern Ukraine came from Russia.

“Russia will claim these tanks were taken from Ukrainian forces, but no Ukrainian tank units have been operating in that area,” a US state department spokeswoman said.

“We are confident that these tanks came from Russia,” she added.

The appearance of the tanks, filmed in various towns in the Donetsk region, sparked a row between Kiev and Moscow.

Russia has denied allegations that the tanks had entered Ukraine from its territory.