All four boxes of The Ledge, the 103rd floor tourist attraction atop Chicago’s Willis Tower, were closed Thursday morning for a routine inspection hours after cracks appeared cracked while people were inside.

Alejandro Garibay, inside and 1,353ft above the ground at the time, told the local NBC it was a “crazy feeling and experience”. 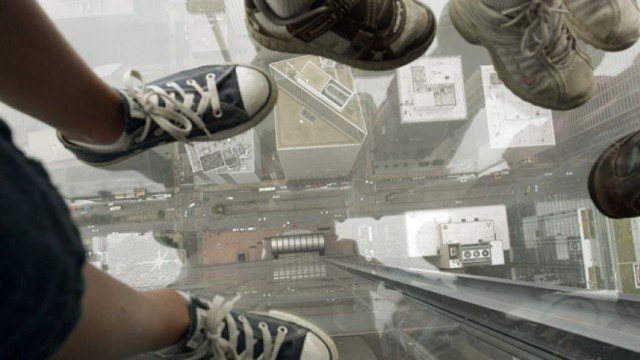 A building spokesman said the damage was to the protective coating, possibly from a sharp item dropped on it, and there were no structural concerns.

“These are extremely sturdy and solid,” said spokesman Bill Utter.

The “Ledge” is a series of four glass boxes that jut out from the 103rd floor of the building, formerly the Sears Tower.

There are three layers of glass forming the floor of the box, which is designed to hold a weight of five tonnes.

“This coating does not affect the structural integrity of the Ledge in any way. Occasionally, the coating will crack, as it is designed to in order to protect the surface of the glass.”