Secretary of State John Kerry has labeled Edward Snowden a fugitive from justice who should “man up” and return home.

John Kerry added that if Edward Snowden, 30, “believes in America, he should trust the American system of justice”. 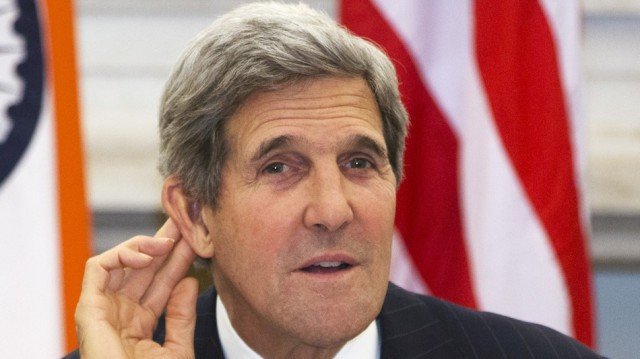 His comments come in the wake of an interview with NBC in which Edward Snowden said he sought asylum in Russia because the US revoked his passport.

Edward Snowden also described himself as a trained spy, not a low-level analyst.

“A patriot would not run away,” John Kerry said on Wednesday.

“If Mr. Snowden wants to come back to the United States… we’ll have him on a flight today.”

John Kerry also called the former National Security Agency (NSA) contractor “confused”, adding “this is a man who has done great damage to his country”.

“He should man up and come back to the US,” John Kerry said.

In the NBC interview, Edward Snowden claims he was trained as a spy who worked undercover overseas for the CIA and NSA.

But he described himself as a technical expert who did not recruit agents.

“What I do is I put systems to work for the US,” he said.

“And I’ve done that at all levels from the bottom on the ground all the way to the top. Now, the government might deny these things, they might frame it in certain ways and say, <<Oh well, you know, he’s – he’s a low-level analyst>>.”

When Edward Snowden fled the US in May 2013, he had been working as a technician for Booz Allen, a giant government contractor for the NSA.

Last year, Edward Snowden fed a trove of secret NSA documents to news outlets including the Washington Post and the Guardian.