North Korea has agreed to reopen an investigation into the fate of Japanese nationals it abducted decades ago, Japanese PM Shinzo Abe has said.

Shinzo Abe announced the move after days of talks between officials in Sweden.

Japan says North Korea abducted several of its citizens in the 1970s and 1980s to train spies – including learning the Japanese language and behavior.

Tokyo said it would relax some sanctions against Pyongyang once the probe had been reopened. 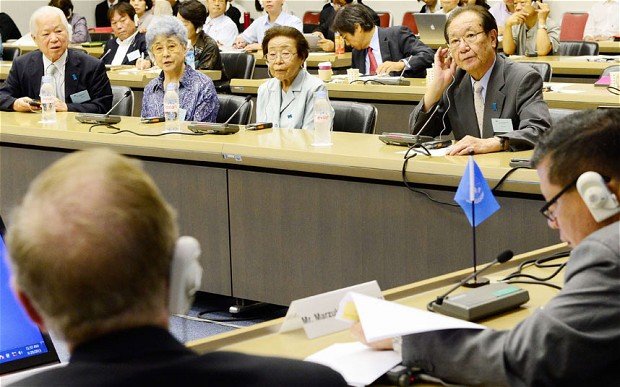 Chief Cabinet Secretary Yoshihide Suga said that Japan would also consider providing humanitarian aid to North Korea, depending on how the investigation progressed.

He said that once it had recommenced, Tokyo would lift restrictions on travel, allow remittances to North Korea and lift an embargo on the entry to Japanese ports of North Korea-flagged ships with humanitarian missions.

Yoshihide Suga said that such a move would not be a contravention of UN sanctions against North Korea.

Shinzo Abe told a news conference that Japan’s “mission will never end until the day comes when families of all abduction victims are able to embrace their children with their own arms”.

“We have tackled the problem with this determination and we hope that this will be the first step toward an overall solution.”

North Korea has returned five of the abductees and says the rest are dead – but Japan does not believe this.

Shinzo Abe said that as a result of his talks, the North Korean side promised to make a “comprehensive and overall investigation” into Japanese abduction victims and missing people where the “possibility of being abducted cannot be ruled out”.

“In keeping with the promise, it will set up a special commission for the investigation,” he said.

North Korea has admitted kidnapping 13 Japanese nationals. It allowed five to return to Japan in 2002 and later released their children, but says the other eight died.

Japan says that eight men and nine women are officially recognized to have been abducted, but correspondents say there could be many more victims.

The most high profile of the eight who died is Megumi Yokota, who was kidnapped by North Korean agents on her way home from school in 1977, when she was 13.

North Korea says she married a South Korean abductee and had a daughter before killing herself in 1994.

North Korea returned what it said were her remains in 2004 but DNA tests subsequently disputed that claim.