Home World Asia News Barack Obama: US will keep 9,800 troops in Afghanistan after 2014

President Barack Obama has announced that the US will keep 9,800 troops in Afghanistan after it concludes its combat mission at the end of this year.

Under the plan Barack Obama announced at the White House, the US will continue to withdraw troops until only a small residual force remains after 2016.

The remaining troops would guard the US embassy, train Afghan forces and support counter-terrorism operations.

But the plan depends on the Afghans signing a joint security agreement. 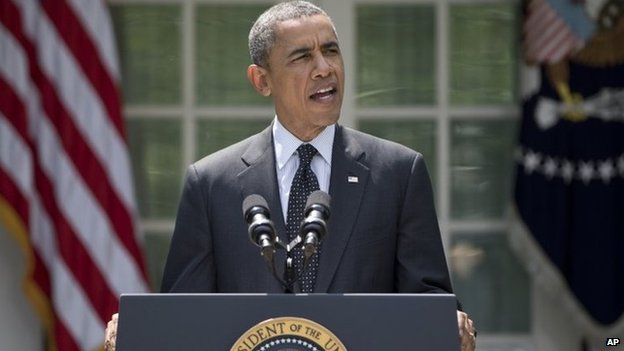 President Barack Obama has announced that the US will keep 9,800 troops in Afghanistan after it concludes its combat mission at the end of this year (photo AP)

While current Afghan President Hamid Karzai has refused to sign such an agreement, the Obama administration appears to be confident either of the two candidates seeking to replace him would do so.

“This year, we will bring America’s longest war to its responsible end,” Barack Obama said.

The troop numbers Barack Obama announced are largely in line with what military commanders have been asking for. His announcement indicates the longest war in American history – launched by President George W. Bush following the 11 September 2001 terror attacks – will end by the time he leaves office.

He confirmed the US would seek to have 9,800 troops across Afghanistan at the beginning of 2015, but that number would be reduced by about half by the end of the year and would be concentrated in Kabul and at Bagram Air Force Base.

“We will no longer patrol Afghan cities and towns, mountains or valleys,” Barack Obama said.

“That is a task for the Afghan people.”

By 2016, Barack Obama said, the military will draw down to a “normal embassy presence” with an additional security detail, “just as we’ve done in Iraq”.

“We have to recognize Afghanistan will not be a perfect place – and it is not America’s responsibly to make it one,” Barack Obama said.

However, he added the US would help Afghans secure a “hard-earned peace”.

Barack Obama noted on Tuesday that both have said they would sign a security agreement with the US.