According to US researchers, a defective gene linked to obesity appears to affect impulse control and food choices.

This could explain why people with the gene have so much trouble maintaining a healthy weight as they age.

Middle-aged and older people with obesity-associated variants of the FTO gene tend to gain weight, according to researchers from the National Institutes of Health. Moreover, scans detected reduced function in brain regions that govern impulsivity and perception of food texture and taste, the researchers found.

“Sure enough, people who carry one or two copies of the FTO variant show increased intake of high-calorie or fatty food as they age,” said senior author Dr. Madhav Thambisetty, chief of clinical and translational neuroscience at the National Institute on Aging’s Laboratory of Behavioral Neuroscience.

“There may be a common biological factor underlying both the risk for obesity during aging as well as obesity-related behavior like your ability to resist impulse eating,” Madhav Thambisetty said.

Many studies have tied certain versions of the FTO gene to chronic obesity, but doctors have struggled to determine why the gene affects a person’s risk of obesity, said Ruth Loos, director of the genetics of obesity and related metabolic traits program at the Icahn School of Medicine at Mount Sinai in New York City. 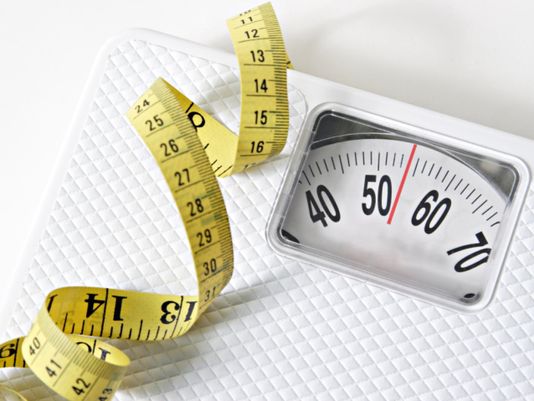 “These types of studies are important to disentangle the mechanism of why FTO is associated with obesity, but it’s only one piece of a huge puzzle,” Ruth Loos said.

In the US, more than one-third of adults aged 65 and over are obese, according to background information in the study.

About 45% of people in this study had at least one copy of the pro-obesity FTO variant, Dr. Madhav Thambisetty said, which tracks with the white population in the US. About 16% of people had two copies of the gene, which confers an even greater risk of obesity.

The study focused on nearly 700 participants, including 69 people who agreed to annual PET scans to gather additional information regarding their brain structure and function. At the start of the study, average age was 46. All were participating in the Baltimore Longitudinal Study of Aging, one of the longest running studies of human aging in North America.

They first confirmed that body mass index increased in those with one or two copies of the FTO gene variant. They then compared brain PET scans of patients with the FTO variant with scans of non-carriers, looking for differences in brain function over time.

They found people with the gene variant had reduced function in their medial prefrontal cortex, a region thought to be important in controlling impulses and response to the taste and texture of food.

In a final step, the team reviewed data gathered on participants’ personality and diet. The group at increased genetic risk for obesity showed a greater tendency to impulsivity as well as a greater intake of fatty foods during aging.

The effect appears to increase with the number of copies.

“We see a dose effect, where these changes in impulsivity or a preference for fatty foods increase with multiple copies of the gene,” Dr. Madhav Thambisetty said.

The findings are published May 27 in the journal Molecular Psychiatry.

If these results pan out in additional studies, they mean that people who have a greater genetic risk of obesity face an uphill battle to maintain a healthy weight.

However, a genetic predisposition to obesity does not mean one is doomed to obesity.

“You may be genetically susceptible, but by living a healthy lifestyle you can overcome your genetics,” Ruth Loos said.

“You are not destined to be obese.”

Dr. Madhav Thambisetty agreed, noting that previous studies have shown that people can overcome the obesity risk posed by the FTO gene through regular exercise.