Oscar Pistorius has begun his mental evaluation at a psychiatric hospital in South Africa’s capital, Pretoria.

The judge at Oscar Pistorius’ murder trial has ordered that his mental state be assessed by health experts as an outpatient for up to 30 days.

The move comes after a defense witness said the double amputee Paralympic champion was suffering from Generalized Anxiety Disorder (GAD). 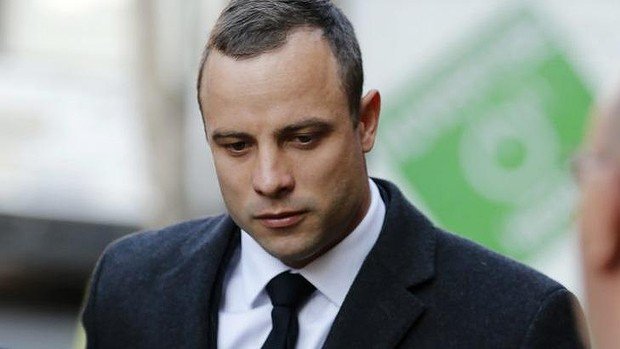 Oscar Pistorius arrived at Weskoppies psychiatric hospital, where he will be assessed for seven hours

He says he accidentally shot Reeva Steenkamp through the toilet door on Valentine’s Day last year in a state of panic, mistaking the 29-year-old model and law graduate for an intruder.

Oscar Pistorius arrived before 09:00 local time at Weskoppies psychiatric hospital, where he will be assessed for seven hours.

He will have to do this every weekday for the next month; the court’s proceedings are not set to resume until 30 June.

Three psychiatrists and a clinical psychologist are to determine whether Oscar Pistorius’ state of mind and disability had an effect on him when he shot Reeva Steenkamp.

Judge Thokozile Masipa said they would “inquire into whether the accused by reason of mental illness or mental defect was at the time of the commission of the offence criminally responsible for the offence as charged”.

She said the team would decide whether he was “capable of appreciating the wrongfulness of his act”.

The panel of experts is also expected to interview some of Oscar Pistorius’ family members, South Africa’s eNCA broadcaster reports.

The prosecution had argued the tests were essential after forensic psychiatrist Merryll Vorster, who diagnosed Oscar Pistorius with GAD, told the court he was “a danger to society”.