Ousted Thai PM Yingluck Shinawatra and a number of family members and politicians have been detained, as leaders of Thursday’s military coup tightened their grip on power.

Yingluck Shinawatra and scores of politicians from the deposed government had earlier been ordered to report to the military.

She was kept for several hours and then driven to an undisclosed location. 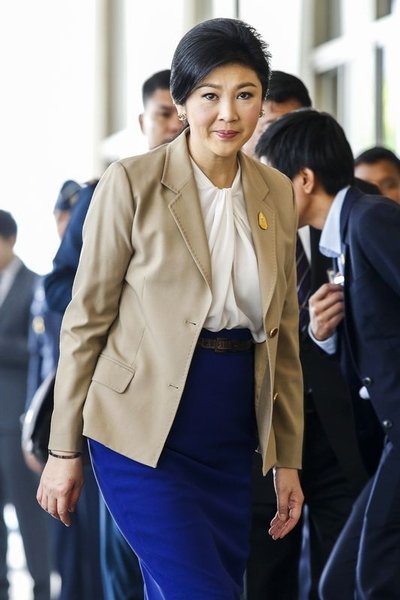 Ousted Thai PM Yingluck Shinawatra and a number of family members and politicians have been detained, as leaders of Thursday’s military coup tightened their grip on power (photo Reuters)

Six of Thailand’s most senior military officers have now been appointed to run the country, with provincial commanders supervising local government.

Prayuth Chan-ocha told the meeting: “I want all civil servants to help organize the country. We must have economic, social and political reforms before elections. If the situation is peaceful, we are ready to return power to the people.”

The general said the coup was necessary to “quickly bring the situation back to normal”.

One local official leaving the meeting, Arkom Theerasak, told Associated Press: “There will be an election but it will take a while. The general didn’t say when.”

Yingluck Shinawatra, who had been prime minister until being removed by the judiciary this month, had been ordered to report to the military along with more than 100 other politicians, including acting PM Niwatthamrong Boonsongphaisan.

It was unclear whether Prayuth Chan-ocha met either of them.

Some 155 politicians have been barred from leaving the country.

Reuters quoted a military officer as saying Yingluck Shinawatra, her sister and brother-in-law had been held.

Thai military spokesman Col. Werachon Sukhondhadhpatipak said those detained were all involved in Thailand’s political “conflict” and he stressed the army was neutral and impartial in those that it had held.

Col. Werachon Sukhondhadhpatipak said the detentions should be not be longer than a week and were intended to keep the detainees away from “tension”.

On Thursday the military suspended the constitution and banned political gatherings, saying order was needed after months of turmoil.

The US led widespread international criticism of the coup, saying there was “no justification”.

Thailand’s armed forces have staged at least 12 coups since the end of the absolute monarchy in 1932.

There has been a power struggle since Yingluck Shinawatra’s brother, Thaksin Shinawatra, was ousted by the military as PM in 2006.

Thaksin and Yingluck Shinawatra have strong support in rural areas but are opposed by many in the middle class and urban elite.

The latest unrest began last year, when anti-government protesters embarked on a campaign to oust Yingluck Shinawatra. An election was held in February but was disrupted and later annulled by the judiciary.