A 25-year-old California woman who went missing 10 years ago has told police she was forced to marry her captor and have his child.

The unnamed woman contacted police shortly after communicating with her sister on Facebook, officers said.

Isidro Garcia, 41, was arrested on Tuesday on suspicion of kidnapping, rape and false imprisonment.

Police said in a statement Isidro Garcia had been living with the girl’s family at the time of her disappearance. 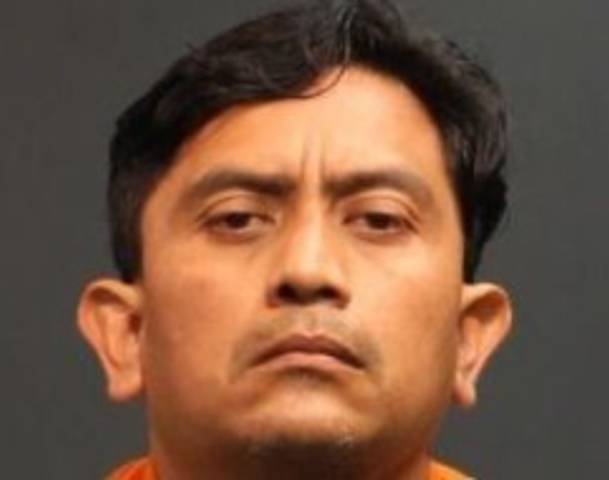 Isidro Garcia was arrested on suspicion of kidnapping, rape and false imprisonment

The abuse began in 2004, the statement said, when Isidro Garcia was dating the victim’s mother and residing with her and her daughters in Santa Ana, a city in Orange County.

The police allege that Isidro Garcia began assaulting the victim in June of that year, only four months after the girl arrived in the US from Mexico.

In August, Isidro Garcia assaulted the victim’s mother and drugged the teenager, driving her 26 miles north to Compton, Los Angeles, where she was locked in a garage, say police.

“Over the course of the following months and years, Mr. Garcia repeatedly told the victim her family had given up looking for her, and if she tried to go back to them, the family would be deported,” police said.

Isidro Garcia frequently physically and s**ually assaulted the victim, it is alleged, and the two of them worked together at a night cleaning service.

At a press conference, Corporal Anthony Bertagna of the Santa Ana Police Department told reporters Isidro Garcia had “brainwashed” her.

He said that in 2007, he forced the woman into a marriage, using documents he obtained in Mexico, and in 2012 the two had a child.

Recently, she contacted her sister on Facebook and was told that her mother had indeed been trying to find her, using a Spanish language newspaper and television station.

The communication with her sister made her realize she needed to leave, said Anthony Bertagna, and on Monday she went to police to report that she was a victim of domestic abuse, and she told them she had been abducted.

The following day, police formally arrested Isidro Garcia on suspicion of kidnapping for rape, lewd acts with a minor and false imprisonment. He has not been charged.

Neighbors in the street in Bell Gardens, Los Angeles, where the couple lived in recent years said on Wednesday evening they were stunned by the news, describing them as a happy couple who doted on their young daughter and even hosted parties.

The arrest comes a year after Amanda Berry, Gina DeJesus and Michelle Knight, who went missing separately about a decade earlier, were rescued from a house in Cleveland, Ohio.