Home World U.S. News Isidro Garcia accused of kidnapping a teenager and holding her captive for...

Isidro Garcia, the man accused of kidnapping a teenager and holding her captive for 10 years and forcing her to marry him, has been charged in a California court.

Isidro Garcia, 42, has been charged with rape, lewd acts on a minor, and kidnapping to commit a s**ual offence.

The woman, now 25, had a child with the alleged kidnapper. She contacted police after getting in touch with her sister on Facebook, authorities said. 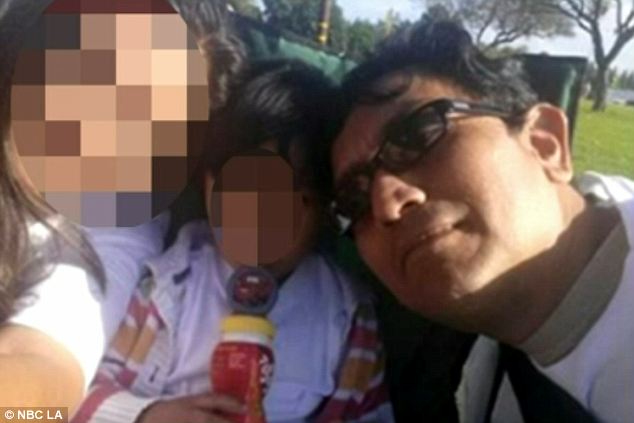 Isidro Garcia denies all the charges and his lawyer said the woman had lied.

Outside court on Thursday, Charles Frisco said his client never hit his wife and would never have prevented her from leaving.

The woman was lying about enduring physical and s**ual abuse because the couple was breaking up, Charles Frisco added.

According to police in southern California, the abuse began in 2004, when Isidro Garcia was dating the victim’s mother and residing with her and her daughters in Santa Ana, a city in Orange County.

The police allege that Isidro Garcia began assaulting the victim that June, only four months after she arrived in the US from Mexico.

In August, Isidro Garcia assaulted the victim’s mother and drugged the teenager, driving her 26 miles north to Compton, in Los Angeles county, where he locked her in a garage, police said.

Isidro Garcia allegedly told the victim her family had given up looking for her. The woman twice tried to escape but he beat her severely, police said.

On Wednesday, Cpl Anthony Bertagna of the Santa Ana Police Department told reporters Isidro Garcia had “brainwashed” her and threatened to have her family deported.

Anthony Bertagna said that in 2007, Isidro Garcia forced the woman into a marriage, using documents he obtained in Mexico, and in 2012 the two had a child.

Recently, she contacted her sister on Facebook and was told that her mother had indeed been trying to find her, using a Spanish-language newspaper and television station.