In an interview with the Mirror on Monday, Mia’s father Mike Tindall, who is married to Zara Phillips (Prince William’s first cousin), revealed it was total “carnage” when it came to the two babies. 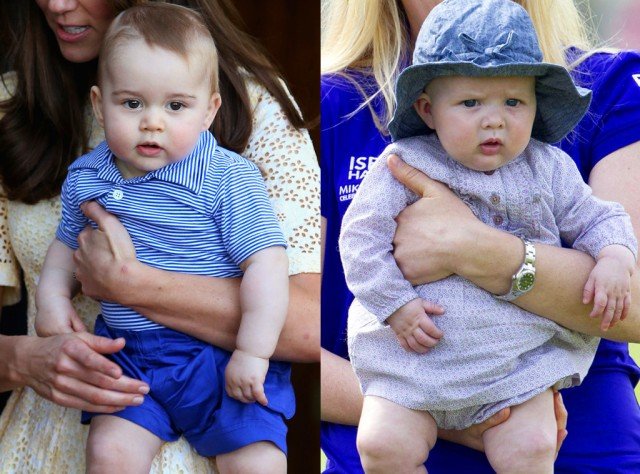 “I don’t think Mia will remember that day. She was 2-months-old, but it was great. It was carnage,” the Gloucester Rugby player laughed on May 19.

“George was eating at the time,” Mike Tindall continued.

“He’d got to that stage where more food goes on the table than in his mouth.”

Kate Middleton and Prince William’s baby boy, 9-month-old Prince George, is the third in line for the throne.