Fox TV’s I Wanna Marry Harry dating show featuring a Prince Harry impersonator from Hertfordshire has been criticized as “shameless” and “predictable”.

Matthew Hicks, 24, won a role in I Wanna Marry Harry that sees him attempt to convince women he is the 29-year-old royal.

The show has faced criticism after being aired in America on Tuesday.

Matthew Hicks, an environmental consultant, said he never thought the premise was mean or deceiving to the girls. 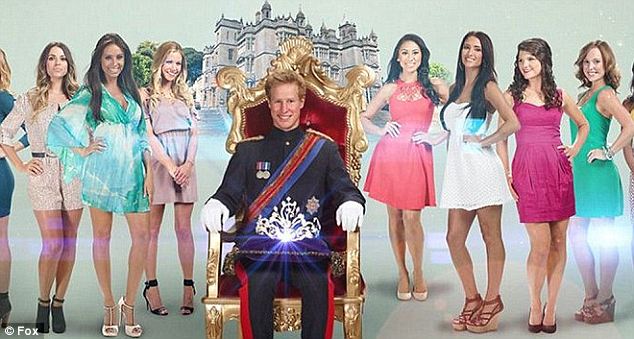 The Southampton University graduate tries to persuade 12 girls they are competing to date the fourth in line to the British throne in the show.

“They put themselves in this situation,” Matthew Hicks said.

“They’re not weak, mentally fragile girls who especially might break down, and at the end of the day we’re all there for a laugh.”

Matthew Hicks said he thought the real Prince Harry would “think it was quite funny”.

Matthew Hicks, who was spotted by producers on a celebrity lookalike website, was given training in royal history.

The geology and oceanography graduate, whose parents live in Henlow, Bedfordshire, played cricket for Hertfordshire.

As well as a history briefing, Matthew Hicks had his blond hair dyed ginger and was housed in an English manor house with guards to film the show.

Over five weeks and a series of dates, Matthew Hicks had to persuade the women who included a pre-school teacher and student studying for a PhD in physical therapy, he really was Prince Harry.