Several carriages were derailed in the crash, said to have occurred at 12:38 local time near Bekasovo 1 station, 37 miles from Moscow.

Injured people were reportedly carried from the train as emergency services rushed to the scene. 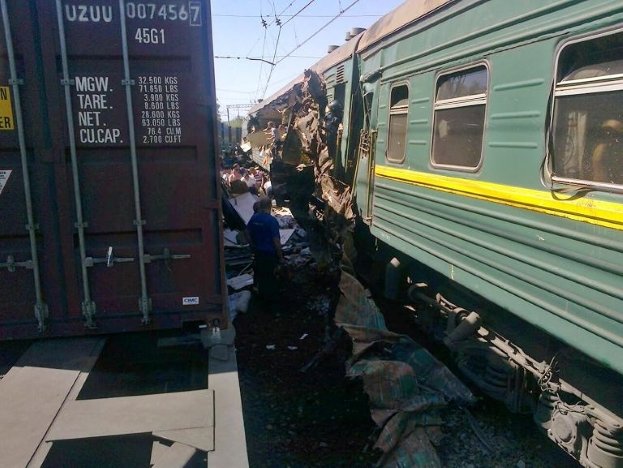 The passenger train was on its way from Moscow to Chisinau in Moldova.

Russia’s Emergencies Ministry said at least four people were killed and 15 were injured.

According to Russian news agency ITAR-TASS, several carriages on the freight train came off the rails near the town of near Naro-Fominsk and hit the passenger train.

Several carriages on the passenger train are said to have then derailed, and some of them overturned.

The cause of the accident was not immediately clear.

Traffic on the line – which also serves Kiev in Ukraine – was suspended as a result.