The first blast was in a busy market and the second went off outside a nearby hospital.

No group has said it carried out the attack but Boko Haram militants have carried out a spate of recent bombings. 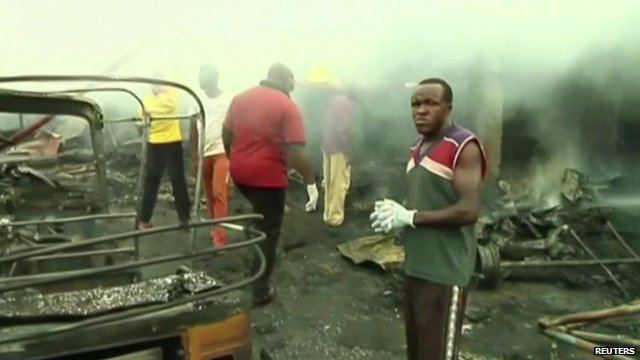 A spokesperson for the regional governor told AFP news agency that most of the victims were women. The market and bus terminal are part of the commercial centre of Jos.

The second blast was some 30 minutes after the first and killed some rescue workers.

President Goodluck Jonathan condemned the attack as a “tragic assault on human freedom”.

“President Jonathan assures all Nigerians that the government remains fully committed to winning the war against terror and… will not be cowed by the atrocities of enemies of human progress and civilization,” his office said.

Although Boko Haram has previously targeted Jos, the capital of Plateau state, the city has been relatively calm for almost two years.

Nigeria is also currently trying to trace more than 200 girls captured by Boko Haram in April from a boarding school in the north-eastern town of Chibok.